A third-generation farmer goes viral after revealing a massive storage unit filled with thousands of onions.

It is known to many that TikTok contains a wide variety of videos. Now and then, we come across the ones that topped the interest of many and have gone viral. That goes the same with this clip from an onion farmer in Oregon showing farm storage filled with onions.

According to Daily Mail, the video was posted by Owyhee Produce CEO Shay Myers. He is reported to be a third-generation farmer wanting to give people an inside look at farming.

Interestingly, Myers chose Tiktok to be the platform to let people know anything there is about farm produce.

In The Know says that the video about onions already garnered more than 2.6 million views. Myers' TikTok account has more than 200 thousand followers, and he said most of his videos were inspired by questions coming from the viewers.

This particular video shows that it was filmed inside some gigantic, hangar-sized storage unit. Myers then explained that it is where onions are stored during the growing off-season.

Through the video, he takes the opportunity to educate people about how food gets to our tables. He describes how onions travel from plant to table and explain that the savory veggie is seasonal. He further explains that due to climate, the United States doesn't have many year-round crops.

One viewer asked why the onions were stored, which Myers explained that since the U.S. is not located near the equator, keeping fruits and vegetables is necessary so that it can be consumed later.

Several commenters were shocked to learn that their local grocery store's produce might not always be as "fresh" as they thought. 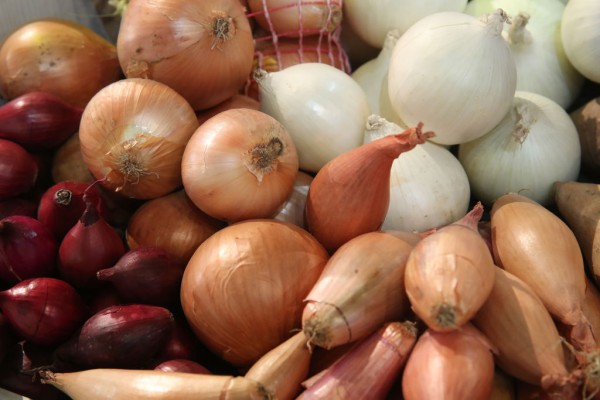 Myers explained that they only store produce during the winter and not necessarily a year old. He further elaborates that if a person is going to buy an onion during the early part of October, the produce will be coming straight from the field. However, if it's between November and April, the onions will most likely come from the farm storage.

Although America is the world's third-largest onion producer, it is unclear how much percentage of onions in American stores are locally produced. Farmers all across the country plant about 125,000 acres of onions per year.

As a result, this makes roughly about 6.2 billion pounds of the crop. That accounts for an estimated 1.6 percent of the onion acreage of the world. Idaho-Eastern Oregon, California, and Washington are the three top onion producing US states.

As for Myers, he is happy that he was able to use TikTok to reach out and educate his viewers about the ins and outs of farming. Moreover, You can also find him not just providing explanations but following up regularly with his audience to clarify things.

Some of the interesting videos were "Are you aware that asparagus can't be picked by hand but needs a tool?," "Do you know how lettuce gets to your salad?," and "Did you know that sugar can be made from vegetables called sugar beet?"