Know Where To Eat Healthier With The Best Vegan Restaurants In The U.S. 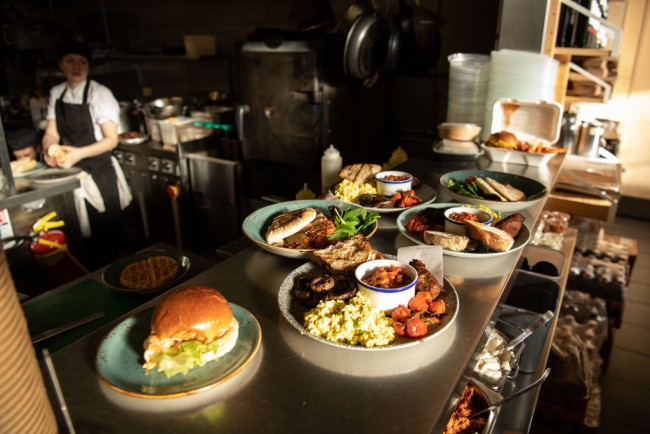 If you want something plant-based or simply craving "something healthy," these vegan restaurants are a must-try.

According to Happy Cow, there are nearly 23,000 veg restaurants across the country, including 1,240 purely vegan restaurants. From 2014 to 2017 alone, the country saw a massive 600 percent increase in people who claim themselves as a vegan. At present, those numbers are predicted to continue to rise.

Here are five of the best vegan restaurants in America, each showcasing different cuisines, cooking styles, and dining experiences.

Opened back in 2011, it is owned by husband and wife, Richard Landau and Kate Jacoby. While the menu is entirely free of animal products, it is also an excellent dining destination for customers of any food persuasion. In addition, dishes at Vedge are thoughtfully conceptualized and craftily plated.

They are best known for their high- and low-brow combination dishes like a rutabaga fondue with a daily pretzel, black garlic jam, and cherry cheesecake with cola gel and potato chip ice cream for dessert.

Asheville is known for its large number of farm-to-table eateries and specialty breweries. The dishes they serve are prepared using seasonal ingredients that are sourced from nearby vendors. Additionally, this allows for the quality of the ingredients to shine through, with basic yet planned preparation.

Their food is inspired by dishes all over the world, but they are all vegan. They are known for impeccable raw and gluten-free food options, vegan cheeses, and handmade desserts. The beloved recommendations include tofu bibimbap, maitake mushrooms, plantains, and homemade cheese plate.

They offer a feast for two for just $34. This already includes signature dishes from the keysir selata, made from potatoes served chill, sauteed beets, and carrots. Also, the enguday tibs, and a seasonal rotator dish to choose from.

According to Modern Farmer, Avo is the first fully vegan restaurant in Nashville, Tennessee, which opened last 2015. Its healthful selection of raw and cooked vegan dishes highlights locally sourced produce. It is considered one of the trendiest hangouts in the area, with its location found inside a renovated shipping container with a recycled wood bar and a living wall of greenery.

Moreover, they also serve a vegan version of the city's classic rum-based milkshake called the Bushwacker.

This place is a first-class vegan restaurant and has often been described as a romantic date-night spot. Fans are impressed by creative comfort food like the spicy Cajun Mac & Yease and the My American Guy Burger by Chef Makini Howell. Additionally, it also serves vegan takes on all types of cuisines.