Genetically Engineered Pigs For Transplants And Food Gets FDA Approval

According to the statement released by the FDA, they have approved the first-of-its-kind intentional genomic alteration (IGA) in a line of domestic pigs. This is aimed to be used for food or human therapeutics.

Reports from Stat News says that the regulatory clearance means the animals could be safer sources of not just food but also treatments such as the blood-thinner Heparin. In addition, there have been four previous approvals for such genetic engineering in animals. Three out of these four were for biomedical purposes and one for food. However, none of these were for both biomedicine and food.

The intentional genomic alterations (IGA) are also referred to as GalSafe pigs, which were named for their lack of detectable alpha-gal sugar. These have the potential to provide tissues and organs for patients without the risk of rejection caused by the presence of the sugar in cross-species procedures known as xenografts or xenotransplantation.

Director of the FDA's Center for Veterinary Medicine, Steven Solomon, revealed that the primary cause of rejection was the Alpha-gal.

The mild to severe allergic reactions to alpha-gal sugar is referred to as the Alpha-gal Syndrome. People who are suffering from this syndrome will significantly benefit from the intentional genomic alterations (IGA).

Read also: To Drink or Not To Drink? Russians Are Discouraged To Drink Alcohol After Sputnik V Vaccine

Related reports claim that the Alpha-gal Syndrome was recently identified in the United States, which occurs after a Lone Star tick bites and then transmits alpha-gal sugar into a person's body.

Some people may develop an immune reaction that later erupts into allergic responses after consuming alpha-gal sugar in meat.

In addition, a widely used medication for the treatment of heart attack patients is Heparin.This is given to patients before and after surgeries to prevent blood clots. GalSafe pigs could potentially be used as a source of medical products, such as the blood-thinning drug heparin. 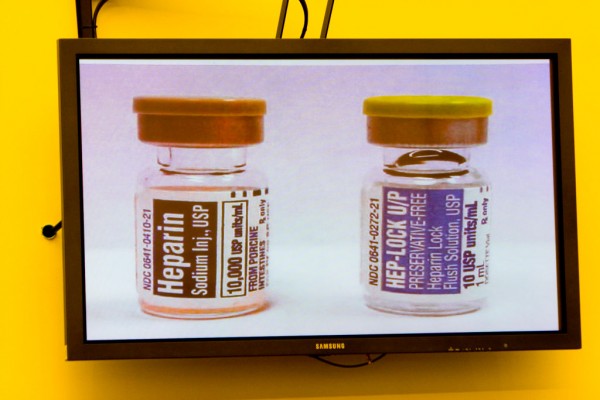 Solomon also claims that pigs without the alpha-gal sugar could supply tissues for people with alpha-gal syndrome for skin grafts, hernia repairs, heart valve replacements, or new tendons. This could be the solution for other tissues or organs for transplant.

As part of the review, the FDA evaluated the safety of the intentional genomic alterations (IGA) for the animals and people eating meat from them.

Fortunately, the FDA found out that food from GalSafe pigs is safe for the general population to eat. The review also focused on ensuring the effectiveness of the IGA.

This is done through the evaluation of data showing that there are no detectable levels of alpha-gal sugar across multiple generations of GalSafe pigs.

Part of the review also analyzed the potential impact that the approval of the IGA in GalSafe pigs would have on the U.S. environment, which showed it is no greater than from conventional pigs.

However, the conditions under which GalSafe pigs are kept were far more stringent compared to conventionally farmed pigs. Nevertheless, there are no animal safety concerns noted for GalSafe pigs except that they would be expected in well-managed, commercial swine operations.

Related article: Stock up on These Foods to Give You a Fighting Chance Against COVID-19