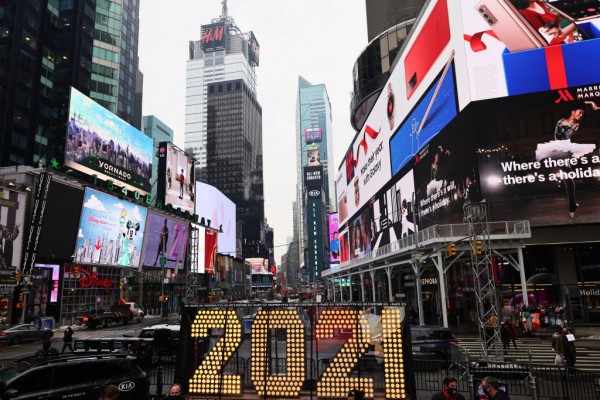 After Christmas eve, the next supper people look after is New Year's Eve where a classic smorgasbord of food is offered by the dinner table. But the dinner table during this time of the year is different of course from every country around the world.

It is known that culture and tradition typically influence the food that is offered on the table of every nation.

New Years Eve Menu from Around the World

Mental Floss reports that in the United States, Americans celebrate the New Year with a glass of champagne while having or hosting a party with friends, family, and loved ones.

Time and Date adds that in some cities in America, public events are held, and countdowns are made. That was in the previous years, but with the presence of coronavirus, people will most like to spend their New Year's Eve in the comfort of their homes preparing a home cooked meal.

If you are out of ideas of what to cook for the new year, here is a glimpse of the New Year's Eve menu from around the world.

According to History, this cake is topped with colorful icing and sprinkles baked with a trinket (usually a plastic baby) hidden inside. They add that the lucky person who finds the trinket will be hailed king or queen for the day.

The Mercury News adds that this cake originates from New Orleans, Spain, and France.

Mental Floss mentions this dish as a one-pot meal which is believed to bring good luck and prosperity.

A food tradition in the American South, CNN Travel notes that this dish is made of pork, flavored filled peas and rice, typically served with other cooked greens or collards, and cornbread.

Mental Floss adds that this dish appeared in cookbooks during the 1840s which means it has a long history to carry.

Father Times mentions that in the country of Austria, New Year is called Sylvesterabend which is the eve of Saint Sylvester.

For good luck, The Daily Meal shares that the Austrians prepare roasted suckling pig which for them symbolizes progress and prosperity. They add that for a drink, Austrians prepare a red wine punch infused with cinnamon, sugar, and other spices.

When we hear about soba, Japan comes to mind. Mental Floss mentions that in Japan, toshikoshi soba is traditionally served every new year.

Just One Cookbook mentions that the slurping of soba noodles symbolizes the hope to enjoy a fulfilling, peaceful life with every slurp of the noodles, to break free from the past just like how the noodles easily break, to gather strength and resilience like the tough buckwheat crop. This noodle meal just carries so much symbolism and history.

According to Capman eating 12 grapes, every midnight on New Year's Eve is both tradition and superstition in Spain.

Moreover, Mental Floss adds Spaniards spend the first seconds of New year eating the fruit quickly. They add that each grape represents luck for the months ahead.

If you run out of ideas for your menu this coming occasion, these New Year's Eve Food from around the world may help you decide what to prepare. It's a special occasion and spending it with joy will make it even more special.

Related article: The Best Holiday Cookie Ideas from Around the World