Starting 2021 with a bang, Adidas announced the plans to release their newest innovation, which is vegan mushroom shoes, as part of their sustainability initiative.

Adidas is starting the new year with a significant innovation that goes beyond boundaries. According to Business Insider, the athletic-wear company is working on a new plant-based leather that will be used to make shoes.

It is revealed that the company is currently collaborating with partners regarding this new product. Related reports say that the new leather material is made from mycelium.

Mycelium is a mass of branched, tubular filaments of fungi. It makes up the thallus or undifferentiated body of a fungus. They are microscopic and developed into visible structures, such as brackets, puffballs, mushrooms, sclerotia, rhizomorphs, toadstools, stinkhorns, and truffles

Read also: 9 Food Items From Around The World That Cost A Fortune

According to VegNews, Adidas launched a vegan version of its iconic Stan Smith sneaker in 2018 as part of their partnership with designer Stella McCartney.

In 2019, they debuted a second version with colorful star patterns and chunky rainbow shoelaces. Additionally, in 2020, Adidas announced the launch of its "Our Icons Go Vegan" initiative to veganize its most iconic styles.

As a result, the company added two new styles to the vegan collection, which were the Samba and Continental 80. Both styles were embossed with an "Adidas Original Vegan" logo and made with animal-free materials. 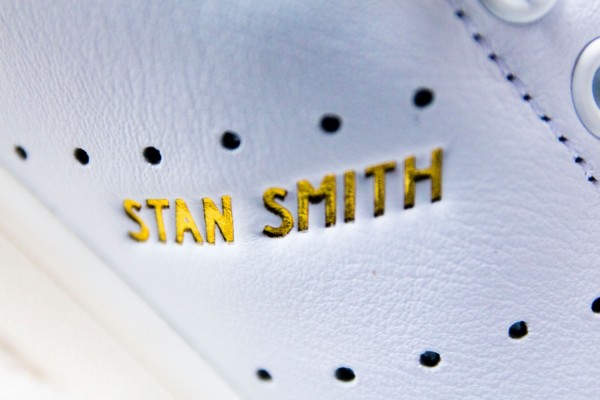 In 2020, Adidas produced 15 million pairs of shoes made from recycled plastic waste. The plastic used to create these shoes were collected from beaches and coastal regions.

The global brand started its efforts in 2017 when they released the "Parley" versions of its popular Ultraboost running shoes made from recycled plastics.

Each pair of shoes contain thread made from ocean plastic waste, which is incorporated into the laces, heel lining, heel webbing, and sock liner covers.

This year, Adidas has yet again moved another step closer towards realizing its objective to end plastic waste. Adidas CEO Kasper Rorsted said that sustainability is an integral part of the company's business philosophy.

He also mentioned that they have invested in sustainability initiatives during the coronavirus pandemic and will significantly expand the range of their sustainable products in 2021.

The company continues to work with suppliers to create structures that make it possible to process recycled materials on a large scale.

Rorsted explained that their commitment is not only to make the company more sustainable but to drive the development of the whole industry. This year, they decided to enter a partnership with biotechnology startup Bolt Threads along with other fashion industry giants.

This is for them to get exclusive access to Bolt Threads' Mylo, which is a material made from fast-growing mycelium that will be developed into vegan leather.

Adidas' VP Global Brand Strategy, James Carnes, said that companies need to challenge the status quo to remedy the industry standard to categorize materials as both natural and highly functional.

The best way is by responsibly creating innovative solutions and products that utilize the best of what nature has exhausted millions of years refining, like Mylo.

Related article: It's A Hot One! Carlos Santana Launched His Own Coffee Brand