Yummy Mistakes: 5 All-Time Favorite Snacks That Were Created by Accident!

Foods are usually rich in history and heritage that people from all nations treat them as something to pass down from generation. But some foods are accidentally discovered, meaning, they are made when something else is planned to be the outcome.

Although they are accidentally discovered, some of them are still enjoyed by people in the present time.

Snacks are usually the people's go-to whenever they feel stressed, tired, and want to have a break. According to Medline Plus, snacking can be important because it can provide energy in the middle of the day, and may opt an individual from overeating during their scheduled mealtime.

Now that you know the function of a snack, it is not time to know how your favorite snacks were discovered or in this sense, accidentally discovered before it has gotten into your plate and suit your palate. 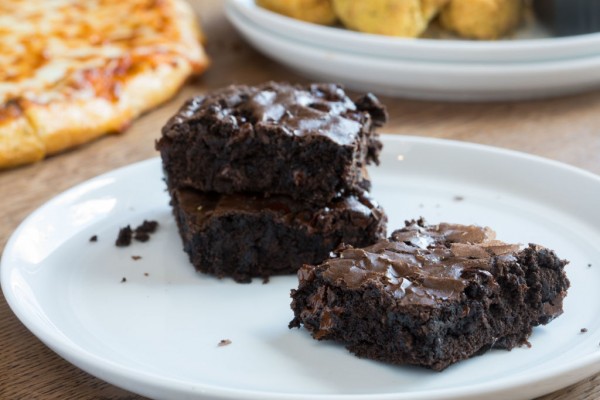 (Photo : Shannon O'Hara)
A view of a chocolate brownie at Pizza Hut on June 29, 2018 in Shreveport, Louisiana.

With vast choices of chocolate brownie recipes available online from celebrity chefs or a hand-down knowledge from your grandparents, this favorite snack suits the palate of children and also adults.

The Chocolate brownie history may be colorful as you imagined but according to MSN, Betty Crocker's Baking Classics mentions that the story behind the favorite snack is when economist Mildred Brown Schrumpf was baking a chocolate cake, unfortunately, it deflated. Soon enough it became a favorite.

Read also: Popular Snacks From All Around The Globe 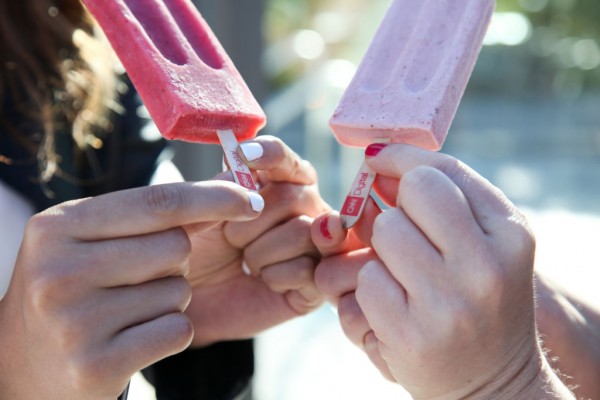 (Photo : Kelly Sullivan)
Guests enjoy CNN Digital branded popsicles at the 4th Anniversary of The Monthly hosted by Turner & CNN Digital at The Battery on June 15, 2017 in San Francisco, California.

Did you know that the chilly favorite, the popsicle was invented by an 11-year-old child? Country Living explains that in 1905, Frank Epperson left on their porch in San Francisco a cup filled with powdered soda and water with a stirrer sticking out.

They add that the extreme temperatures froze the mixture which made a way to the birth of popsicle. 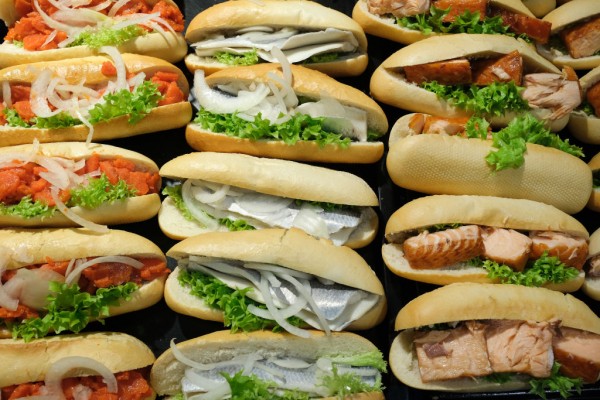 (Photo : Sean Gallup)
Sandwiches of salmon and herring lie on display for sale at the Green Week (Grüne Woche) agricultural trade fair on January 17, 2020 in Berlin, Germany. Green Week will be open to the public from January 17-26.

With either chicken, pulled pork, or tuna, put them in the middle of the bread and you'll have a variety of sandwiches. According to History, the credit of inventing the snack or the dish should be given to John Montagu of England in 1762.

They add that most historians agree that Montagu has a problem with gambling to the point that he asked the house to cook something for him that will not require him to stand on the table signaling the birth of the sandwiches.

(Photo : Dan Kitwood)
A photo illustration of crisps on February 16, 2018 in London, England. A recent study by a team at the Sorbonne in Paris has suggested that 'Ultra Processed' foods including things like mass-produced bread, ready meals, instant noodles, fizzy drinks, sweets and crisps are tied to the rise in cancer.

To the fans of this salty snack, thank the customer at Saratoga Springs Moon Lake House in 1853 as the potato chip inventor. First We Feast notes that the snack when a chef was tired of complaints from the customer who says that the potatoes are not thin enough, so what he did was to slice them thinly and season them with salt. 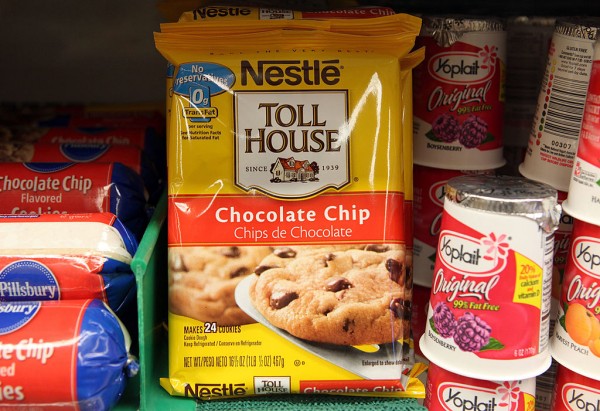 Chocolate chip cookie recipes are dispersed online making it hard to discover who was the first one to make it. MSN stressed that in Massachusetts during the 1930s, restaurant owner Mrs. Wakefield is baking cookies when she noticed that she ran out of an ingredient. First We Feast adds that she smashed a bar of semisweet chocolate then added it to the batter making the treat with chunks of chocolates.

Usually, an accident is a bad omen for people. But that is not the case for Foods accidentally discovered that became famous snacks because they are still enjoyed by people worldwide, making their history quirky and fun.