Food trends are showing no signs of slowing down as the new year begins. If you happen to scroll through Instagram, you have probably come across the colorful and tasty food boards called charcuterie. Tons of variations can be seen online, and one recent take on this has taken Instagram by a storm, which was jars filled with goodies called "jarcuterie."

In case you are unfamiliar with charcuterie, this is a famous French tradition that involves food and art at the same time.

According to Webstaurant Store, the traditional charcuterie platter consists of cured meats and other meat products. However, as it evolved and became popular outside France, various foods besides meat have been included. 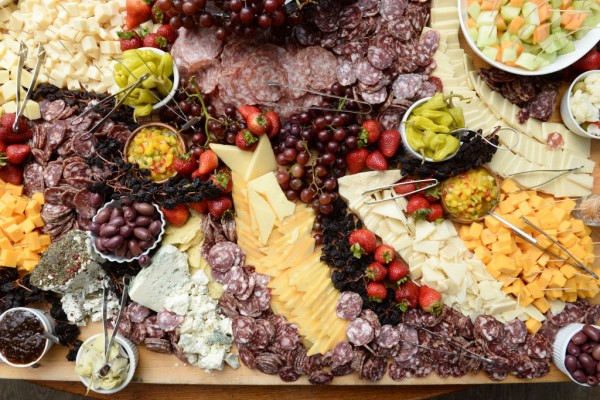 Nowadays, charcuterie boards usually consist of an assortment of meats, cheeses, artisan slices of bread, olives, fruit, and nuts. Several versions of it also include boards filled with fruits and cheeses. Others contain an epic selection of chocolates. However, several fans felt that bigger is not always better and came up with the jarcuterie version.

Traditional charcuterie boards circle in four styles, and the first style consists of pickles and spreads. The second style consists of cheese and fruit provides a flavorful contrast of taste and textures. A board with fresh vegetables and citrus is another style that offers bright, fresh flavors. The fourth style is toasted bread and meat.

Much like the original version, jarcuteries are charcuteries presented in mason jars. According to Today.com, this new food trend found its fame on Instagram with over 300 posts last December and counting. Reports reveal that the trend began with a post from Nobel Graze, a charcuterie and grazing board company in Arkansas.

Noble Graze's founder, Suzanne Billings, explained that during the pandemic, she came up with a single-serving option for the charcuterie, which is served in a jar. After which, the trend spread like wildfire and has now reached the U.S., Canada, England, Singapore, Egypt, and more.

From the single post, other Instagram pages have put their own spin on the jarcuterie, which included jars filled with breadsticks, some filled with berries, and others filled with candies. There were also jarcuteries designed for Thanksgiving, Christmas, and even the upcoming Valentine's Day.

The rising popularity of the jarcuterie is mostly attributed to the simple yet appealing presentation of a single-serving of multiple ingredients inside a jar. Additionally, jarcuteries are highly customizable to fit an individual's taste.

As a result, a wide range of beautiful and tasty variations have now been created. Moreover, compared to the traditional charcuterie board designed as a community-shared dish, the jarcuterie is served individually.

As many see it, this method is suitable for our current situation in terms of promoting food safety amid the pandemic. Furthermore, jarcuteries are more comfortable to assemble compared to the traditional charcuterie boards.

Also, why go through the challenge of creating elaborate charcuterie boards with the possibility of consuming only half of them? Instead, go for the economical jarcuteries which everyone can enjoy.

Related article: Top 5 Worst Side Dishes in the World