From 40s to 2000s: The Trendiest Desserts Throughout the Decades

Desserts are the go-to food after a meal to clear our palate and remove the greasy feeling we have in our mouths. Their sweet, decadent, and distinct taste harbors people and satisfy anyone who has a sweet tooth. Like any food, Desserts bring with them a rich history from the past as they surpass the test of time.

When you find out that there is someone who shares the same birthday affects your heart with joy. How about if you happen to find out that a dessert originates from the cede or even the same year of your birth.

Now, here are the delicious desserts that may be originating from the same year as your birth.

Associated with a family gathering, Love Foods notes that this cooling Southern dessert features a layer of vanilla wafers, sliced bananas, cream, and custard. They add that this fantastic treat in the 19th century made its way to stardom in the 1940s when company Nabisco placed their recipe on wafer boxes. 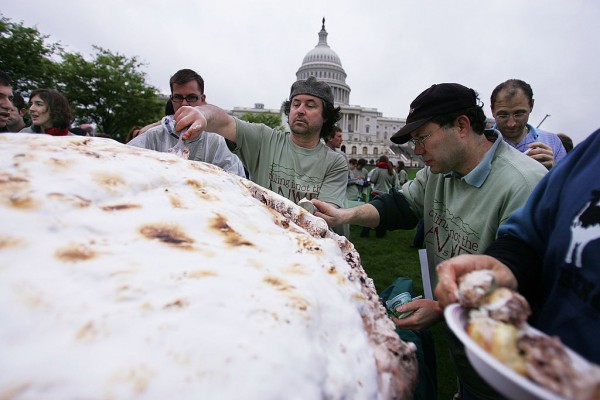 (Photo : Joe Raedle)
Arnold Carbone (C), who works for Ben and Jerry's ice cream company, digs into a 1,140 pound Baked Alaska which was made from Fossil Fuel ice cream during a protest of the proposed drilling for oil in the Alaskan Artic National Wildlife Refuge April 22, 2005 in front of the U.S. Capitol in Washington, DC. Ben and Jerry's is asking the government for a national energy plan that will invest in energy efficiency and clean, renewable sources of energy so the U.S. can end the dependence on oil.

Gaining its fame in the late 1950s, 12 Tomatoes shares that this dessert was made to celebrate Alaska becoming a state. Taste of Home adds that the ice cream inside on top of the sponge cake is the surprise behind the meringue that is browned quickly in the stiff peaks of meringue. 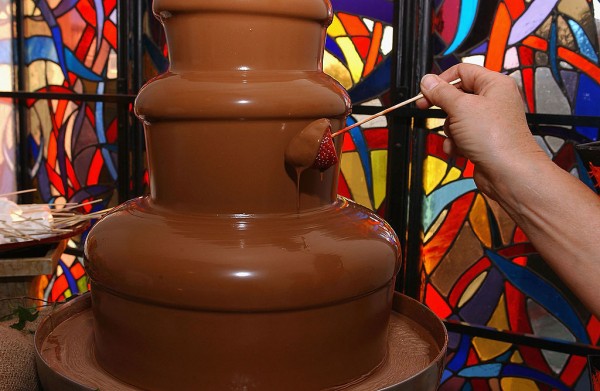 (Photo : Amanda Edwards)
he chocolate fountain at the AMP Awards on April 24, 2004 at The Village in West Los Angeles, California.

Dipping anything in a chocolate sauce that was made famous during the 1960s. Love Foods points out that a swiss restaurateur Konrad Egli from Chalet Suisse is situated in New York City. The original was made from cream, Toblerone, and Kirsch and is served with walnut, pastries, and oranges for dipping.

Can vegetables and dessert go together? That is the planet's favorite carrot cake. 12 Tomatoes notes that in the 70s, people are diving into the trend of healthy living, which includes jogging and jazzercise, which paved the way for the creation of this fantastic dessert. They add that this dessert fits in the lifestyle of people who exercise with the carrots as its beneficial aspect.

Gaining its popularity in the late 80s, Love Foods shares that this airy desert's popularity popped out of nowhere. They think that the culprit may be the mascarpone, sponge fingers, and chocolate that contains a hit of espresso. 12 tomatoes add that sometimes the layers of sponge cake is soaked in brandy. 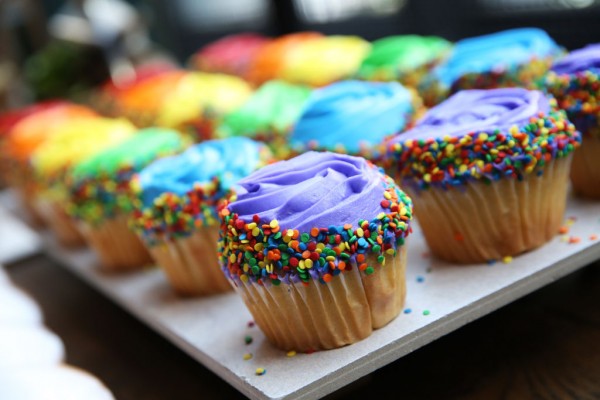 (Photo : Monica Schipper)
A view of rainbow cupcakes at the Brunch Out With Trevor at Kimpton Hotel Eventi on June 29, 2019 in New York City.

Although cupcakes are not invented in the 90s, they mention that this dessert was made famous in the 90s. They add that their entrance in the limelight is because of the show Sex and the City, and because of this, there were stores dedicated to cupcakes alone, and shows on the television helped keep the trend going.

Love Foods explains that this dessert gained popularity in the 2000s and features a vanilla custard topped with a caramelized sugar shell that you will need to break before digging into the pudding.

Having these desserts with the same year they gained popularity or originated and popularized in the decade of your birth is something you can take pride in. Delicious desserts may be sweet, but they will be remembered in every meal since they are usually served the last dinner. Why not make these desserts for your next supper?

Related article: What Makes Brownies Chewy? Check Out These Tips and Recipe

WATCH: Most Popular Dessert the Year You were Born from Mashed