Here Are the Disturbing Origins of These 5 Popular Foods

Foods and brands that have been tested over time offer a history that is interesting and gets people's attention. However, popular foods you eat today have a different time and setting that explains their origin. Most of them might have scary origins that may creep you out and give you goosebumps.

When favorite popular foods are developed, it is very different, and through time, the environment and even people change for them to adapt to the present time. People have dark sides and past, and that also applies to foods. To give you a little scare and history lessons, here are some popular foods with scary origins.

Check your grocery cart, and Kellogg's cereal might be present. According to So Yummy, the cereal brand is known for its crispy texture and red logo, but it also adds that in the 1880s, Kellogg's is known for something different. Woman's Day says that Dr. Kellogg swore to stop sexual desire as his duty back in the day, alongside his writing of anti-sexual books.

Citing a Mental Floss report, Woman's day adds that Dr. Kellogg believes that eating bland food like cereals and nutsy will curb the sexual desires, driving him and his brother to develop the corn flakes. 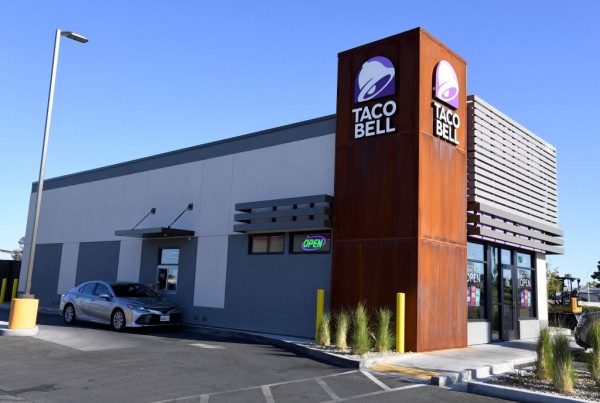 (Photo : Ethan Miller)
An exterior view shows a Taco Bell restaurant on March 30, 2020 in Las Vegas, Nevada. Taco Bell Corp. announced that on March 31, 2020, the company will give everyone in the country one free beef nacho cheese Doritos Locos Taco, no purchase necessary, to drive-thru customers at participating locations while supplies last as a way of thanking people who are helping their communities in the wake of the coronavirus pandemic.

According to Eater, the Mexican fast-food chain is initially inspired by a café that existed 80 years ago named Mitla Café, which serves cheesy Mexican comfort food versions of Chile Rellenos dishes.

It adds that Glenn Bell, the founder of Taco Bell, was selling hot dogs and burgers across Mitla Café, befriended the staff, and eventually worked his way into the kitchen, which enabled him to decipher the secret of Mitla's 10-cent taco. And that is where taco Bell's blossoming begun.

This popular candy with a cute character dispenser has a past that is not that creepy. Originally, So Yummy shares that Eduard Haas III, an Austrian confectioner, developed the product in the 1920s and originally marketed it to people trying to quit smoking.

Smithsonian Magazine furthers that the product was also advertised by sexy pinned up girls called PEZ girls. However, it adds that Pez became popular with kids forcing them to change their branding and market it.

Americans often eat green food during St. Patrick's Day, like eating green cupcakes and greener beer. However, the history of this custom is sad and weird. In an interview with NPR, historian Christine Kinealy shares that during the Irish Potato Famine in the 1940s, mass starvation forced Irish locals to run away from their homes searching for betterment in America.

Kinealy adds that people were so deprived of food that they ate grass, noting an Irish folk that the people's mouth became green as they die.

So Yummy shares that this cuisine is the result of French and Southern cuisine's meeting. It adds that the food is a mixture of various cuisines such as Spanish, Native American, Italian, Portuguese, and the Caribbean. However, it notes that this cuisine is significantly influenced by African cuisine as African slaves did a majority of preparing the food of upper-class families in Louisiana.

Even though these popular foods have scary origins, the dark period is now in the past and a part of history and not practiced today. It is also good to note that these scary origins gave life to amazing foods that people enjoy now.