Subway Faces Shortage of Ingredients Due to Brexit Transition Ending 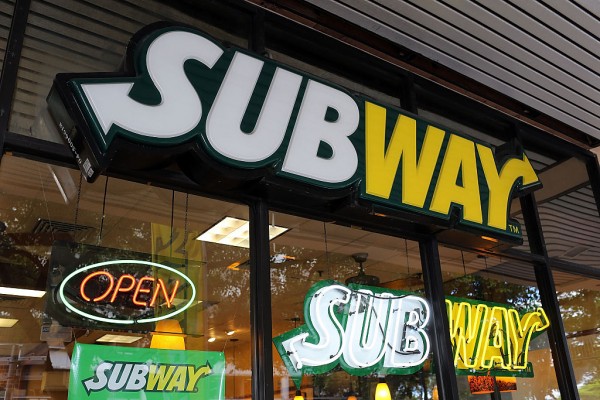 (Photo : Joe Raedle)
A Subway restaurant is seen as the company announced a settlement over a class-action lawsuit that alleged that Subway engaged in deceptive marketing for its 6-inch and 12-inch sandwiches and served customers less food than they were paying for on October 21, 2015 in Miami, Florida.

Nothing beats a good breakfast with the quality and complete ingredients in your sandwich. This poses a challenge to Subway in the United Kingdom as they face a shortage of some of their ingredients, such as eggs, carrots, and cheese.

Daily Mail reports that some of the famous sandwich chain branches put a sign as notices, blaming the shortage on the impact of Brexit.

In a report by London News Time, the notices posted on some of the branches were asked by Subway to be removed by their crew as they were incorrectly displayed.

Subways located in Brentwood, Essex, St. Helens, Merseyside, and Stoke-on-Trent are affected by the shortage.

Although the notices are asked by Subway to be removed, Daily Mail adds that the exact words on the memo say, "Due to the impact that Brexit is having on [the] food supply, some of our fresh ingredients may not be available today."

Mogaz News references The Times interview with a shop owner saying that they have been struggling to make their sandwiches without the carrots, eggs, and cheeses since Brexit has entered the picture at the start of the year, saying that they cannot do anything about the breakfast menu.

Despite the dilemma these shop owners face Daily Mail shares, Subway still said that the signs had been displayed in error, and the staff is now asked to remove them.

How Does Brexit Affect the Food Industry?

According to Hogan Lovells, the impact of Brexit on the food industry is huge, whether on trade, investment, labor and employment, and policy and regulation.

But what is Brexit? In a report by the Government of the Netherlands, Brexit is the name given to the United Kingdom's departure from the European Union, which means Britain and exit. They add that a transition period was awarded to the United Kingdom until December 31, 2020.

Since the UK and EU have parted ways, Hogan Lovells shares that food supply chains will be affected if the tariff is imposed between the United Kingdom and the EU Member States.

With the transition, everyone is still adjusting, alongside the food shortage on some of the ingredients like Subway is losing because of Brexit, we hope that the food industry in the UK will soon bounce back and Subway will once again serve your sandwiches with cheese, eggs, and carrots.

WATCH: How Brexit is Changing the EU from The Economist