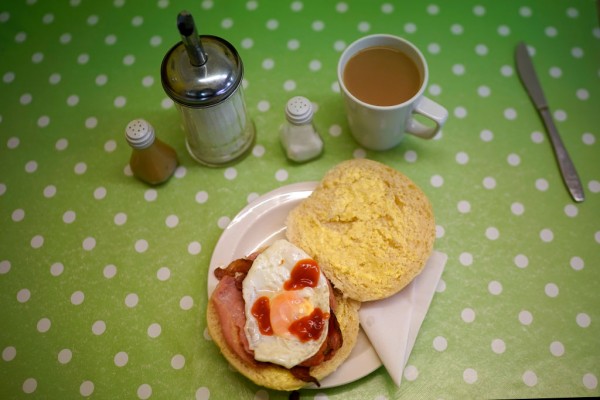 (Photo : Christopher Furlong)
A bacon and egg bread roll sits on a table in cafe in Blackpool on November 02, 2018 in London, England.

A morning without eggs can sometimes make your day sloppy and unenergetic, especially if you love this breakfast staple on your table before you go to work. Who would choose a half egg instead of a full omelet, sunny side up, or even eggs benedict? But you would want to cut your consumption because a recent study reveals that even half an egg can increase your risk of death.

Eggs are the cheapest source of protein. According to Australian Eggs, eggs also contain eleven vitamins and minerals omega-3 fatty acids, and antioxidant that is beneficial for the body. This means that eggs are a good food item to include in your diet. However, a recent study argued this idea.

According to The Daily Mail, Chinese researchers found that eating even half of the whole egg increases the risk of mortality by seven percent. They add that the threat continues to heighten by seven percent for every half of the entire egg, noting that a person has an increased rate of 14 percent in mortality risk.

Celex shares that the Chinese researchers' driving force was their belief that high fat and cholesterol levels are responsible for this. They add that to forego the study, researchers handed out questionnaires to more than half a million Americans between 1995 and 1996, and the researchers followed and monitored them for 16 years.

Daily Mail shares that data from the study entitled Egg and Cholesterol Consumption and Mortality from cardiovascular and different causes in the United States: A population-based cohort study published in Plos Medicine showing that about 129,328 participants who filled out the questionnaire already passed away.

The researchers mention in Plos Medicine that the intakes of eggs and cholesterol are related to heightening the risk of Cardiovascular Disease (CVD) and cancer mortality. They also point out that limiting the cholesterol intake and replacing the whole eggs with egg whites only or alternative protein sources can facilitate cardiovascular health and long-term survival.

Researchers of the recent study recommend that cooking eggs without salt and oil is better, and frying them will increase the fat content by 50 percent, noting that there is no recommended limit on the consumption.

Healthline challenges the study's findings, claiming that eggs have various nutritional benefits referencing a study that suggests the response to eating whole eggs depends on the individual. It mentions that eggs consistently raise the HDL, which is the good cholesterol.

Also, Healthline cites that the research indicates that 70 percent of the people in the study showed no increase in the total LDL cholesterol, which is often called bad cholesterol. However, a benign subtype of LDL may be experienced by some people.

More studies are needed to confirm that even a half egg is connected to an increased risk of death. Still, eating them in moderation should be a must to be healthy and strong.

Related article: Are Eggs Bad for You? Here's What Happens When You Eat Eggs Daily

WATCH: Are Eggs Healthy or Unhealthy? from The Doctors

Banana Dangers: Beware of Spider Eggs in This Yellow Fruit