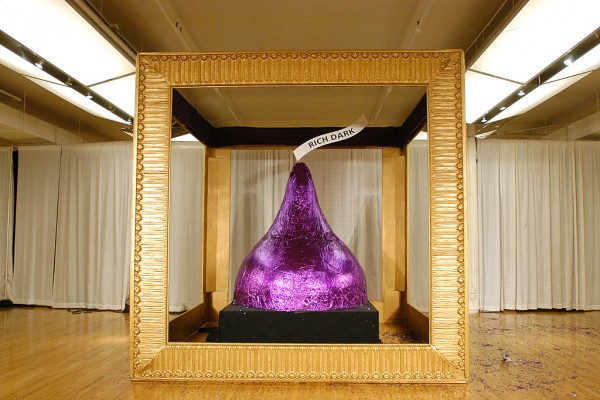 Whether you're craving for a dessert or snack, Hershey's Kisses might be available on your fridge waiting for you to gobble them. These cute little sweets have made fought for a place on every grocery store, shopping carts, and even as Valentine's Day present

But the rich chocolate and smooth texture of the Hershey's Kisses also harbor surprising facts that fans will love to know.

Before you munch on that milk chocolate, it is elating to gain some knowledge on your favorite food. To give you an idea, here are some of the surprising facts about Hershey's Kisses you might want to know.

How did they come up with the name?

When you hear about Hershey's Kisses, you might look for clues why the candy or the chocolate was named after the intimate act of love. However, you might feel that there is no clue how it was called Kisses in the first place. According to Cheapism, the real reason for the name is the term "kiss," a generic turn-of-the-century term for a bite-sized piece of candy that and kisses got stuck since then.

Read also: Here's What Will Happen to Your Body When You Eat Chocolate Everyday

Debuted in 1907, Hershey's shares that Kisses were first wrapped by hand in foil. The Vintage News furthers that a machine that functions to cover the kisses automatically was made in 1921 so that the candy will be wrapped automatically. The Definition adds that workers manually wrapped the first 14 years of the candy market until the machine was invented.

If you feel like the Kisses do not fill your craving, then remember that company made a Kiss that is way too big for an individual. Cheapism shares that in celebration of their 100-year anniversary, the company made a Kiss that weighed 30,000 pounds and was displayed at Chocolate World in Hershey, Pennsylvania, in 2007. Cheapism points out that the big kiss is the titleholder for the largest individual chocolate ever made.

IF you are on a diet, you may want to watch how many Hershey's Kisses you have eaten throughout the day. According to Calorie King, each Hershey's Kisses have 23 calories and piling it up can happen because Kisses are small, and you won't notice how many are already consumed.

They come in Gold Foil in China

The iconic silver wrapper is the trademark of the candy that automatically registers in our mind that the candy is Kisses itself. But in China, Cheapism notes in MSN that even regular kisses come in gold foils, which is part of their strategy to cater to the locals' tastes. They add that the candy is less sweet than the American variety to suit the people's palate.

They are not the first

According to Cheapism, Kisses was not the first one to enter the market with its shape. They add that Wilbur Buds comes before them for about seven years, making them sue the company to stop Hershey's from releasing Kisses. However, it did not work, which led to the fading of Wilbur Buds in the background.

Hershey's Kisses have these surprising facts, which made them even more iconic. This only proves that the market even has excellent competition, and it is up to the brand to upstage their competitors.

WATCH: See How Hershey's Kisses Are Made In The Sweetest Place On Earth from TODAY