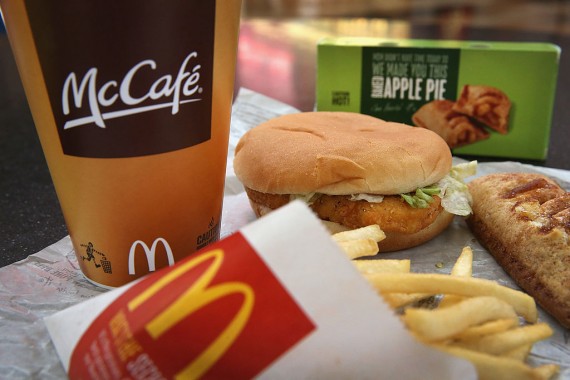 It seems like 2021 will be exciting for everyone. This year not only comes with the vaccine that will equip us to fight COVID- 19, but it is also a year to restart. Most businesses started to re-open, restructure and reorganize as a way to get back up. As for the fast-food chains, 2021 is another year to continue the infamous chicken-sandwich war, and McDonald's is making a move by offering a lower price.

Recalled by Food Business News, the infamous chicken sandwich wars started back in 2019 when Popeyes and Chick-fil-A decided to launch their new menu offerings in the form of chicken sandwiches.

Soon after, other chains like KFC, Burger King, and Wendy's followed with their chicken sandwich versions. This is what made the most of 2020 aside from the menu revisions and the addition of plant-based alternatives.

This year, it seems like the war rages on as the battle for chicken sandwiches continues and McDonald's throws in a right hook with a cheaper price offer.

McDonald's previously announced during their investors meeting that they are planning to offer additional menu items that feature chicken since they saw faster market growth than beef. The more exciting part is that the new menu items will be sold at a base price of $3.49 and top out at roughly $4.69.

Related reports reveal that the decision to go for chicken sandwiches at a lower price is to revive the declining customer traffic across the nation.

While McDonald's is starting to get busy with their new chicken sandwich offerings, Burger King seems to be taking their time and is still in their testing phase and evaluating which pricing strategy to go with.

Reports from Credit Suisse revealed that one of Burger King's test markets is pricing its new sandwich at $5.29, which is well above its rivals. Meanwhile, two of its other test markets have it at a discounted price of $3.49 and $3.89.

Another competitor to watch out for is KFC which will launch a premium chicken sandwich by the end of February nationwide. KFC announced that the new menu offering would replace the Crispy Colonel sandwich to gain an edge over its rivals.

Chief Marketing Officer of KFC U.S., Andrea Zahumensky, explained that while many customers do not see KFC as part of the chicken sandwich fiasco, their new menu offering will show that they are playing the game to win.

The new KFC sandwich is now available in select restaurants and will be available nationwide in all 4,000 stores by the end of February.