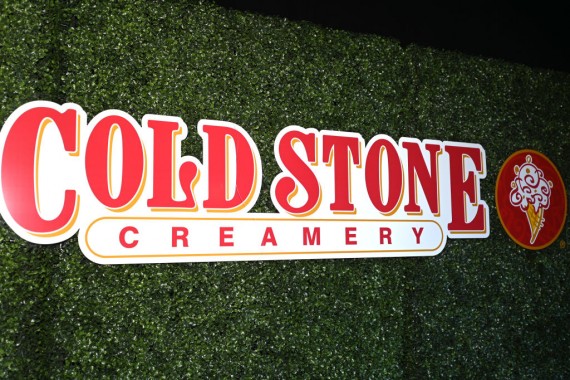 With St. Patrick's Day around the corner, themed foods are also increasingly offered by known brands. One of these known brands is General Millis' Lucky Charms, which has one of cutest and most colorful themed-offerings to celerate this holiday right now.

Lucky Charms now has limited-edition cereal that can turn milk the color of green - it's St. Patric's special release, which launched on February 1.

Cold Stone Creamery has now planned to incorporate into its upcoming frozen St. Patrick treats and added their own twsits to it.

People who do find ice cream too messy to enjoy can get the Lucky's Charmed Shake, which consists of Lucky Charms ice cream and topped with whipped topping, Lucky Charms Marshmallows...and some gold glitter as well.

"For generations, Lucky Charms has been synonymous with wonderment and fun, and this year we're adding even more colorful magic for a special St. Patrick's Day," Mindy Murray, the senior brand experience manager for Lucky Charms, stated in its press release.

The Lucky Charms ice cream and milkshake will drop at participating locations nationwide, starting on March 1. It might not  last long after St. Patrick's Day so fans are encouraged to rush and taste it while it it is available.

Will this Special Edition Make it to Cold Stone's Top 10 Favorites?

It remains to be seen how well-received this upcoming St. Patrick's Day release will be, but Cold Stone Creamery certainly has produced some well-loved flavors over the years.

Earlier this month, in honor of Valentine's Day, Cold Stone Creamery has released what flavors are embraced by its fans for the year of 2020, as reported by Fox News.

The company released its top 10 "most-loved" flavors of 2020 and some of the flavors were actually very surprising, even though the classic favorites remained present.

"We know there are all kinds of love - familial, friendship, romantic, self-love... And to celebrate all that love, we're sharing a list of most-loved ice cream flavors with our guests this Valentine's Day," Sara Schmillen, vice president of marketing for Cold Stone Creamery's parent company, Kahala Brands, stated in a press release about the Top 10.

The data was mainly based on Cold Stone Creamery's online ordering data, and topping it is the Cake Batter flavor. Coming in second is the safe and ever-reliable flavor, chocolate. French vanilla, another classic favorite, came in third.