From Emojis To Real Life Creations: How a 20-year Old Chef Dominated TikTok 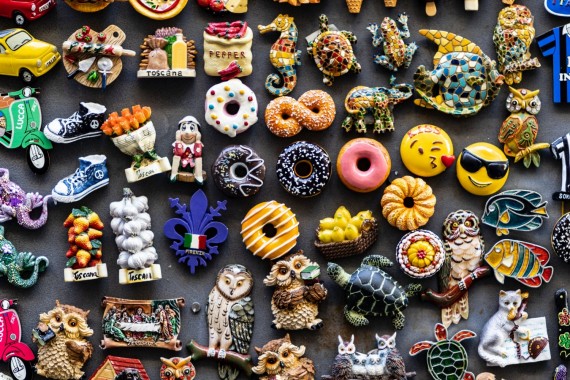 For most people spending most of their time in the digital world, emojis have become a special part of their interactions. They help convey an individual's feelings in a fun and creative manner. However, have you ever thought of emojis turning into real-life creations? With a curious mind and creative skill, a 20-year old chef surprisingly had that thought.

20-year old university student and aspiring chef Ash Baber is creating a buzz on TikTok for his real-life food emoji creations posted under his account @ashbaber. Although he said that he does not recommend his TikTok videos to those who would like to learn baking, he has still garnered tons of views and comments for his creations.

According to Inside Express, Baber is currently a student in Greater Manchester taking up a Digital Marketing course and has finished a two-year baking course. He has a passion for cooking and, like many young individuals, an avid TikTok user. When lockdowns were implemented in the UK, creating TikTok videos of his creations has become his usual thing. This also became a way for him to shine and be recognized. His curiosity over the emoji birthday cake paved the way for him to create a real-life version of it. He explained that he found the emoji birthday cake weird and strangely shaped, which is why he decided to recreate it. The life-size birthday cake emoji was supposed to be a one-off experiment, as per Baber. However, it caught the attention of many TikTok users and soon went viral. After uploading his video of the birthday cake emoji, he started receiving other food emoji recommendations from many TikTok fans.

Baber also revealed that the time creating these food emojis vary depending on how complex it is. Some take only a few hours, while other attempts require significantly more time. Additionally, he also mentioned that his creations are not made to be perfect since they are based on cartoons. He revealed that among those that took so much time to make were the donut and cupcake emojis. Surprisingly, the reason is not that the baking process is complicated, but it was because of the sprinkles. Baber revealed that he had to manually place each colored sprinkles to replicate how it exactly looked. Among his recreations, the pancake emoji was the hardest since he wanted to make it look exactly like the source. On his TikTok video showing the process he had to go through, he was heard saying that pancakes are supposed to be flat and not as thick as how the emoji looked.

Additionally, he also had difficulty recreating that single syrup drip shown on the emoji. However, he still did an excellent job with his attempt. Similarly, replicating the croissant took him three days since he wanted to perfect its layers.

On the other hand, the Dango only took him about an hour, being one of the easier foods he recreated.

Baber also mentioned that he is not planning to recreate the entire food emoji library, but he is willing to bake until there is a demand for it.

Related article: Viral Food: These Ramen Bombs Are the Coolest Thing You Need to Try