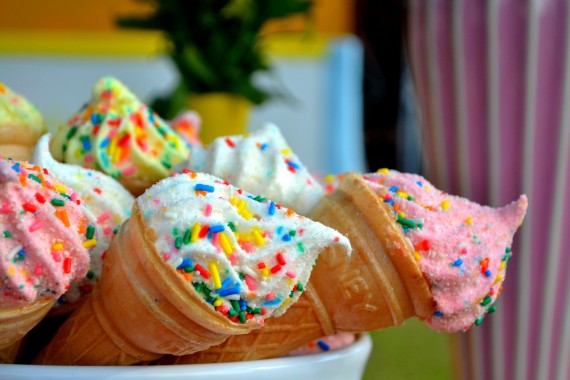 Unilever PLC is expanding the Klondike brand into two new categories by launching two new products - the Klondike Cones and Klondike Shakes. It remains to be seen how the consumers will receive the products, but they certainly look promising.

The new Klondike cones look as good as they sound. They feature a chocolate-lined wafer cone, a sauce core, and some gorgeous toppings. Choosing one can be tricky since they come in five total varieties, as reported by Food Business News.

The Classic Chocolate flavor features a chocolate base for those who are not thrilled with vanilla. It also had a chocolate sauce core and then some roasted peanuts topping as well.

For those who absolutely love chocolate, the Double Down Chocolate Klondike Cone is for them. It contains a chocolate base and chocolate sauce core and then, ultimately topped with more chocolate that appears like ribbon curls.

Those who are not a fan of either vanilla and chocolate don't have to fret because there's a flavor for them too. The Unicorn Dreamin' cone features a duo of strawberry and bubblegum bases with a strawberry sauce core in a green wafer cone. It looks perfect for St. Patrick's Day, which is around the corner.

The flavors were officially announced before Valentine's Day, but full marketing seemed to have started afterward.

The marketing so far for these new offerings is top-notch. It was already featured in Jimmy Kimmel Live! with good reception.

According to Unilever, Klondike's products are meant to bring consumers to another place, hopefully in a COVID-19 free state of mind.

"These days, many of us could do with a little less multitasking at home and a little more ice cream," said Russel Lilly, Vice President of U.S. Ice Cream at Unilever.

The Klondike brand also has introduced Klondike Shakes, which are inspired by classic diner milkshakes. Those looking to miss honest-to-goodness milkshakes in restaurants will find these to be the next best thing.

Packaged in squeezable handheld pouches, the shakes are available in two very classic flavors: Wind Down & Chocolate and Chill Out & Vanilla.

The shakes are sold in a six-pack for just a suggested retail price of $5.99. They come in sippable pouches so that everyone can have them anytime, anywhere. They were announced way earlier than the ice cream offerings.