Because of the countless studies that have proven that Fast Food has really negative effects on the health of both children and adults, people has been associating the term with 'junk'.

Though fast food giants such as McDonald's, Burger King and Wendy's are still dominating the game today, many small players which tag themselves as "healthier" are challenging the big names.

Since more and more people are beginning to prioritize their well-being and eat healthier, the big chains are trying to change the stigma associated with fast food and begins to describe their food as "fast casual", "fine casual", "fast crafted" to even "fan food".  Despite the changes in the name, the fast-paced restaurants will still follow the format that separates them to the other kind of restaurants-people will still pay for their food at the cashier and wait for it.

The new terms are being used to address their food, especially now that the companies are making clear efforts to offer higher quality food that are fresher and healthier, away from that "greasy, cheap and unhealthy" image of fast food.

McDonald's announced that the company wants to transform ito a "modern, progressive burger company." Yum CEO Greg Creed, on the other hand, has acknowledged the need for their companies'-Taco Bell, KFC and Pizza Hut, to "redefine" the meaning of fast food, by which he described as industrial and impersonal. 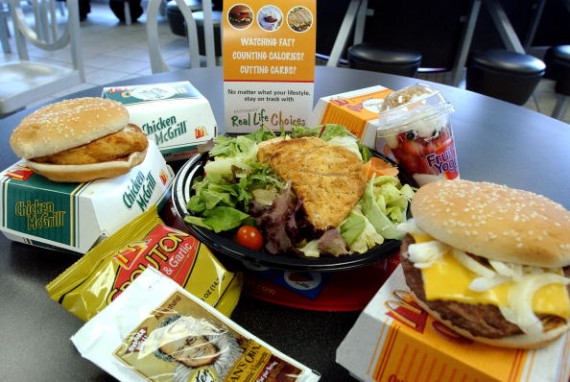 A selection of foods from McDonald's new 'Real Life Choices' menu are displayed January 7, 2004 in New York City. The fast food giant has developed a low fat, low calorie and low carb menu for designed for any lifestyle. (Photo by Stephen Chernin/Getty Images) 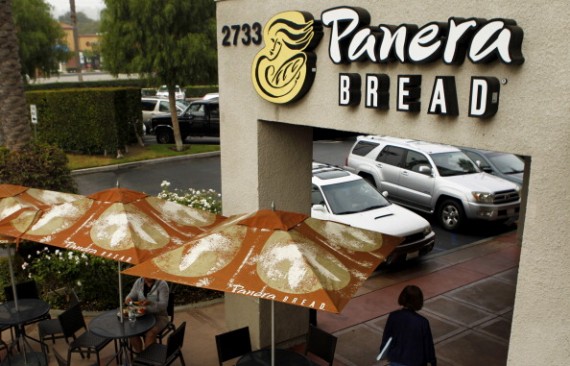 Chipotle Mexican Grill Inc. and Panera Bread Co. are widely referred to in the industry as "fast casual" chains, which people see as a line between a fast food chain and a fine dining restaurant, where there is good service, ambiance but within a budget.

BrandSimple Consulting, a firm that specializes in brand image, public relations and publicity has expressed the company's view on the issue. Allen Adamson, founder, said the trend shows that the term "fast food" has become the "death star" of the industry.

Adamson noted that the time when people welcomed the concept of getting the food quickly has now passed, as people are becoming more aware of its negative impacts on their health. He noted that the fast food industry should no longer rely on speed to attract people. "Everything can be fast today. What you want to communicate is something more desirable," he said.