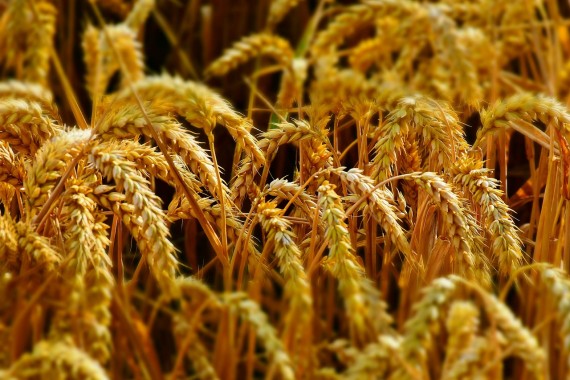 Growing levels of resistance to antifungal treatments could lead to increased disease outbreaks and affect food security around the world.

An international team, led by researchers from Imperial College London and the University of Exeter, warns that improvements are needed in how existing drugs are used, as well as an increased focus on the discovery of new treatments, in order to avoid a "global collapse" in our ability to control and fight fungal infections.

The rise in resistance to antifungal treatments mirrors the well-established threat of bacteria which have become resistant to antibiotics.

Common fungal infections include blights which affect food crops as well as yeast and mould-related infections in humans and livestock, which can be fatal for those with underlying conditions.

Researchers say many drugs used to treat fungal infections in plants and animals are in danger of becoming ineffective and fear the same could happen to those treatments used for human infections.

The findings, are reported in a review paper published in a special edition of the journal Science, and highlight an unprecedented rise in emerging strains of fungi which are resistant to common antifungal drugs (AFDs).

According to the authors, overuse of existing antifungal chemicals is helping resistance to spread and is increasingly rendering treatments ineffective. This could lead to a global increase in human fungal diseases as well as increased loss of food crops and livestock to fungal pathogens.

They explain that while the issue of antibiotic resistance is well known, the scale and severity of resistance to antifungals has been "under-recognised and under-appreciated".

"The threat of antimicrobial resistance is well established in bacteria, but has largely been neglected in fungi," said Professor Matthew Fisher, from the School of Public Health at Imperial and first author of the study.

Professor Fisher added: "The scale of the problem has been, until now, under-recognised and under-appreciated, but the threat to human health and the food chain are serious and immediate. Alongside drug discovery and new technology to tackle fungal pathogens, we urgently need better stewardship of existing antifungals to ensure they are used correctly and that they remain effective.

"Fungi are a growing threat to human and crop health as new species and variants spread around the world, so it is essential that we have means to combat them. However, the very limited number of antifungal drugs means that the emergence of resistance is leading to many common fungal infections becoming incurable."

Fungal pathogens are responsible for a broad range of infections in humans, animals and plants. These include blights which can wipe out food crops, yeast infections which can lead to blood poisoning in humans and livestock, as well as chytrid - the fungus responsible for the 'amphibian plague' wiping out species around the world.

Crop-destroying fungi are thought to account for a loss of 20 per cent of global crop yields each year, and the direct threat to human health is increasingly significant.

Researchers estimate the number of human deaths from fungal diseases - often affecting those with weakened immune systems - now exceeds those from malaria and breast cancer, and is comparable to numbers of those caused by tuberculosis and HIV. Vulnerable patients, such as those with cancer or who have received organ transplants, are particularly at risk.

In the latest review paper, the authors describe the increasing ineffectiveness of common antifungal chemicals used to treat plants and animals.

The researchers cite global trade networks and the increased movement of people, animals and food around the world, as key drivers in helping resistant strains of fungi to spread rapidly. Like bacteria, fungi are thought to be able to 'swap' genes with one another, helping resistance to spread. Their rapid rate of reproduction means resistant strains can quickly increase their number.

In terms of food production, intensive farming practices along with cultivation of relatively few crop species and overuse of existing chemicals to keep them free of disease, have driven resistance.

Professor Fisher explained: "The emergence of resistance is leading to a deterioration in our ability to defend our crops against fungal pathogens, the annual losses for food production has serious implications for food-security on a global scale."

He adds that fungicides used in agriculture are also leading to the emergence of antifungal resistance in human fungal pathogens.

The widespread use of one group of AFDs in particular, a class of antifungals called azoles - discovered in the 1950s and used to treat yeast infections - are cited as a key driver in the emergence of resistant strains of fungi.

Azoles are believed to account for a quarter of fungicides used in agriculture, but they are also used as first line antifungals in the clinic. Their widespread use is thought to be increasing antifungal resistance, by selectively killing off non-resistant strains, with those more resistant to the fungicides remaining. The danger for human health is when this resistance occurs in species such as Aspergillus fumigatus - moulds which thrive on decaying vegetation but are also able to infect those with compromised immune systems, such as cancer patients or those who have received organ transplants.

According to the researchers, in addition to more selective use of existing antifungals, and focusing on the development of new drugs, treatments aimed at silencing the genes of fungi and stopping them from spreading could help to tip the balance in the fight against fungal pathogens.

Professor Sarah Gurr, from the University of Exeter, said: "Emerging resistance to antifungal drugs has largely gone under the radar, but without intervention, fungal conditions affecting humans, animals and plants will become increasingly difficult to counteract."