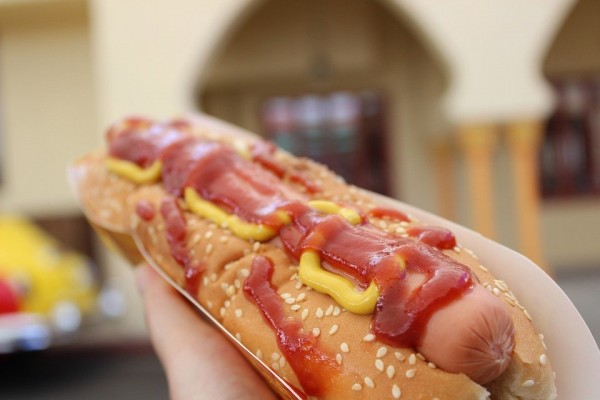 On Saturday, Joey "Jaws" Chestnut, the world's "hot dog king," overshadowed his world record by eating 75 frankfurter hot dogs in one sitting. Chestnut beat his record of 74 hotdogs in the year 2018.

Nathan's Hot Dog Eating contest is an annual hot dog contest that hot dog lovers look forward to. Chestnut, who has been participating in the competition for many years, was able to beat his hot dog eating world record in 2018, where he devoured 74 frankfurter hot dogs in one sitting. The new world record, which was declared last weekend, was beaten by Chestnut himself, eating 75 hot dogs. Amazing!

The annual hot dog eating contest was held in a private location in New York. The event took alert, and safety measures the follows COVID-19 guidelines when having events. The event was initially planned to be held at Coney Island, the usual place where the event takes place every year.

However, for this year, the contest did not allow any fans and big crowds of people due to the global pandemic. The competitors were also about six feet apart, and each had a border made of plexiglass to avoid human contact.

For this year's hot dog eating contest, Chestnut celebrates his 1,000th hotdog in this competition. He has been a regular contestant in Nathan's Hot Dog Eating Contest, and it has become a massive part of his competitive eating career. The 1,000th hot dog was also Chestnut's 62nd frankfurter in the competition.

Jaws were on a tight competition with Darron Breeden and Nick Wehry, where the two finished second and third place, respectively. According to Chestnut, he started the game with a swift eating pacing. He also admitted that he misses the fans and the crowd. 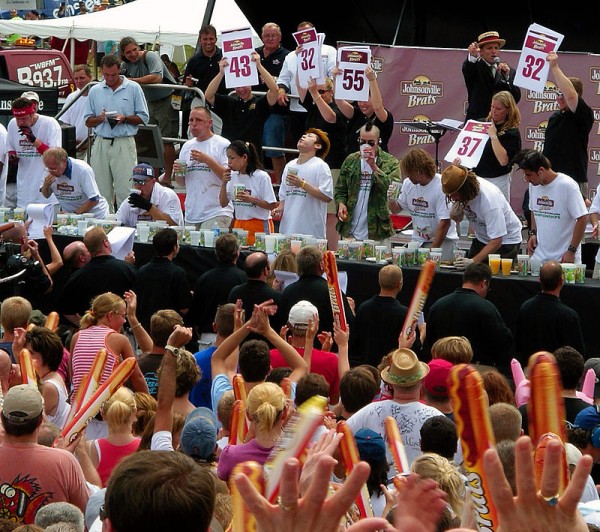 Chestnut also celebrates his 13th win in 14 years of competing. He has held the title for years now after defeating six-time defending champion Takeru Kobayashi in the year 2007.

In 2019, CHestnut was able to finish 71 hotdogs, which he fell short because his 2018 world record was 74 hotdogs all in all. In 2017, the 36-year old Kentucky native was able to finish 72 hotdogs and 70 hotdogs in 2016. This year also marks Chestnut's 5-year winning streak in the competition, since his winning streak in the past was cut off in 2015 when he got defeated by Matt Stonie.

Chestnut was the winner in the contest's male category. For the women's division, Miki Sudo also did not disappoint. She also set a new world record and got her seventh Mustard Yellow Belt. Sudo was able to finish 48 and ½ frankfurters, and she also downed Sonya Thomas' record of 45 hot dogs in the year 2012. Although her fans were not physically there to support her, she gave thanks to all her supporters who cheered at home and stayed safe in this pandemic. She also said the contest meant a lot for her and her supporters, and she will be doing her best in the next hot dog contest.

5 Items Every Man Needs in His Home

The Benefits of Ageing at Home