You Can Exchange Your Trump Merchandise For Free Meals, Here's How

The election season may have already ended, and the whole world sits and watches what happens next. However, the buzz over the recent election has not died down yet. In fact, two Kentucky restaurants are now offering free food in exchange for any Trump apparel and merchandise, which includes flags, caps, or T-shirts. 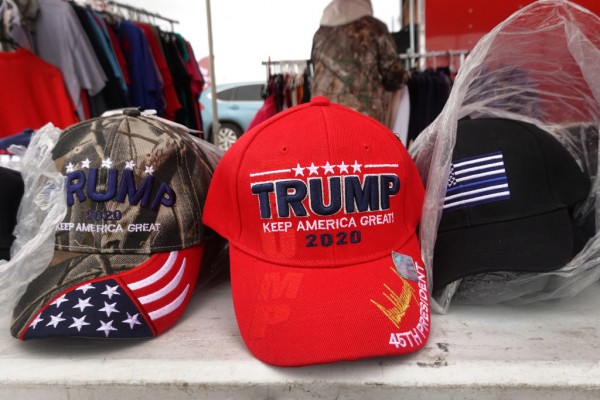 According to Courier-Journal, the owners of a gourmet chicken joint, Troy King and Selena Johnson, took to Facebook to post a message saying they are in full support of Joe Biden and Kamala Harris' campaign.

However, the said post continued to explain that they are compelled to extend an olive branch to Trump supporters.

Posted by POLLO - a gourmet chicken joint on Monday, November 9, 2020

The food establishment owners said that they wanted to come up with an idea for the "Make America Great Again" crowd to do something with their Trump merchandise in a way that is not considered to belittle or ridicule customers.

They added that this could be a way for people to have fun and bring some lighthearted comedy into the current situation people had been so serious for so long.

In a related report from Business Insider, King and Johnson own Pollo, where customers can get a free entree and side dish for every Trump merchandise.

Meanwhile, at their Six Forks Burger Company restaurant, any Trump merchandise can get a customer free cheeseburger and fries.

The bold offer obviously garnered a lot of attention and mix comments. Additionally, the owners reportedly received their first threat after their Facebook post. However, the owners said that they expected such reactions about the offer but stressed that it was a sincere gesture on their part.

UPDATE: We just received our first threat this morning in response to this post/offer. First of all, we expected our... Posted by POLLO - a gourmet chicken joint on Saturday, November 7, 2020

Furthermore, they said that the person who posted the threat does not seem to have any idea who they are. The owners said that ever since they opened their restaurants on one of Louisville's hottest corners, which is known for drugs and prostitution, threats were not a new thing for them.

They further stated that having to experience such at the beginning of their restaurant career, they never once thought of backing down back then and will not do so at present.

They did the exact opposite and announced that they would be extending the offer at their Six Forks Burger Co. for the rest of the month.

King and Johnson said that after all the buzz over the election, they felt they had to do something as a way to make people work together. This is in line with Biden's goal of unifying the country. They also said that they do not want anybody feeling bad about what they are doing.

The couple feels that the country is now so divided and that they are just hoping for the best for everyone. When asked about their plan for the merchandise they've collected, it was revealed that they have no clue yet. One comment on social media suggested burning the items, but the couple said that they do not agree with such action.