Times have changed, and so is the way we eat. Surprisingly in just several years, eco-conscious and plant-based food pioneers Beyond Meat and Impossible Foods are now infiltrating the fast-food industry. As reported by the BBC, McDonald's, one of the world's largest fast-food chains, will be launching the McPlant by 2021.

Meanwhile, related reports from NBC News say that more fast-food giants like Burger King, Carl's Jr., and White Castle are following suit. Several others have launched their plant-based products, while others are still in the testing phase. Here are some of the fast-food chains caught in the plant-based food trend.

This was first launched in Canada and now made its way to A&W branches in the United States.

This food chain offers a whole line of Beyond burgers, which includes The Original quarter-pound burger, The Golden State burger, and The Duchess.

With their successful collaboration with Impossible Foods, Burger King came up with the Impossible Whopper. Fans of the original BK whopper even claim that the two were surprisingly interchangeable.

Del Taco's Beyond Meat Tacos can be found in all of their branches nationwide. Best of all, nobody can tell that it's plant-based because of its meaty goodness.

Impossible Food also created a partnership with Fatburger for the Impossible Fatburger. This is already sold all across the country. Meanwhile, they are also offering a vegan Daiya cheese to complement your plant-based burger in selected locations. 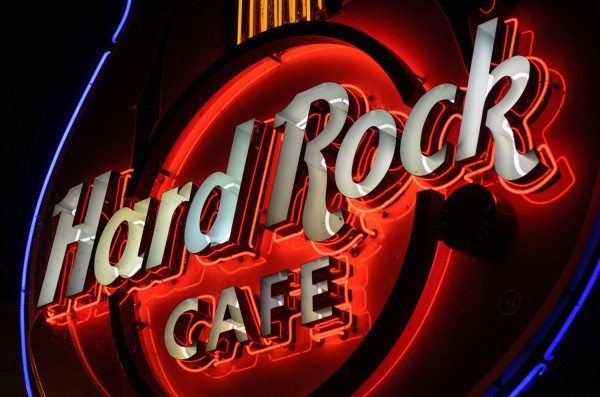 Hard Rock Cafe also has its Impossible Burger, which is available in 40 U.S. locations. They started serving this plant-based burger in December of last year.

Working with Impossible Foods brought about The Impossible Supreme Pizza, which is made of caramelized onions, mushrooms, green pepper, and Impossible Sausage.

At present, McDonald's has the Big Vegan TS, which results from their collaboration with Nestlé, and is only offered in Germany. However, they have recently announced that in 2021, they will be launching the McPlant, which is their on-going project with Beyond Meat.

Read also: Is McDonald's Cheating on You With Your Upsized Drink? TikTok Video Sparks Outrage Online

Without any partnership with Beyond Meat and Impossible Foods, Shake Shack was still able to create the Shake Shack 'Shroom Burger. This unique burger is made from portobello mushrooms cap with Muenster, cheddar cheese, lettuce, tomato, and Shack Sauce.

Subway and Beyond Meat ingeniously came up with the Beyond Meatball Marinara Sub, which gives customers the same satisfying taste of a hearty meatball.

For almost a year, White Castle started offering the Impossible version of their 2×2 inch slider. Additionally, just this past April, they have also introduced the BBQ Impossible Slider.