Beyond Meat Launches ‘Beyond Pork’ for the Chinese Market

According to CNN, Beyond Meat unveiled Wednesday its latest product, a meatless minced "pork." The firm's newest product is trademarked as Beyond Pork and is developed specifically for the Chinese market. 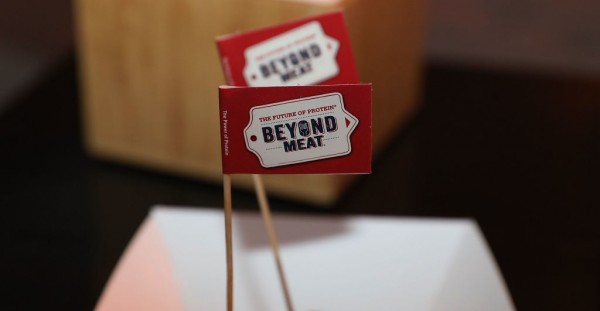 Related reports from Food Safety News stated that it was back in September when the Los Angeles-based company started expanding to the People's Republic of China. The company also said that the plant-based minced pork is their latest cutting edge innovation.

Beyond Meat noted that Beyond Pork is designed to have a great taste, juicy texture, and culinary versatility similar to conventional minced pork.

The firm added that this is the company's way to stand by its commitment to creating high-quality products that meet consumers' demand. It is reported that five famous Shanghai restaurants will be featuring the new product in ground pork dishes.

Read also: Plant-based Diet: Is it Effective For Weight Loss And Metabolism?

China is known to be the world's largest consumer of pork per capita. However, after the outbreak of African swine fever, their market had suffered a crisis and forced consumers to look for other meat alternatives.

Before the outbreak, China's overall meat consumption was made up of 70 percent pork. This paved the way for Beyond Meat to enter the Chinese market and develop a product that could cater to Chinese consumers.

Beyond Meat Founder and CEO Ethan Brown promised to establish a production to expand into the region aggressively.

This new product by Beyond Meat is made from soybeans and rice. It contains 18.5 grams of protein per serving. It also slashes the content of saturated fat by 50 percent compared to its animal counterpart.

That is an ideal way to alleviate food safety and health-conscious consumers in the wake of the COVID-19 pandemic and the recent African swine fever outbreak.

The new pork mince product is specifically suited for a range of Asian dishes. It includes dumplings, spring rolls, wonton, and even toppings ramen noodles. The plant-based minced pork will be available via foodservice at partnering local restaurants in Shanghai.

Representing a few of the most up-and-coming spots in the city are the food establishments Egg, Moménti, RAC, Solo X, and Tun Wang.

For now, Beyond Pork will be on their menus for a limited time. There are no details yet whether the product will be released through consumer or retail channels.

Simon Briens, Co-Founder of RAC, was among the first ones to try Beyond Pork. He noted that those who will taste it will be so impressed and will most likely not tell the difference. He added that he even thought that the chef must have used animal pork mince by mistake.

Previously, Beyond Meat made a partnership with Starbucks to create a vegetarian menu for 3,300 locations in China. This collaboration features Oatly and OmniPork.

They also partnered with Chinese fast-food operator Yum China to offer plant-based Beyond Burgers for select locations of KFC, Pizza Hut, and Taco Bell across the country.