It seems that the stay at home restrictions and starring on Julie and Julia has coaxed Stanley Tucci's cooking and mixology skills. According to Insider.com, the Devil Wears Prada actor has recently earned the unofficial title as the celebrity mixology master of 2020. His cocktail-making skills became well-known in April after he taught fans how to make his version of a Negroni.

Moreover, he has since offered his spin on other classic drinks, like the Old Fashioned and Margarita. In addition, he has also decided to launch his cookbook and has taken to Instagram to show off his cocktail expertise in the form of delightfully produced home videos often set to instrumental music.

In his most recent venture, he uploaded a tutorial on his Instagram account about a tutorial on how to make a Christmas Cosmo. This drink is an exciting twist to the vodka-and-cranberry drink. However, what's more interesting were the helpers that appeared in his video. The video was taken by his wife, Felicity Blunt, while John Krasinski and Emily Blunt appear towards the end of the clip jokingly eating seeds from a pomegranate.

In the video, Tucci is seen using a wooden tool to mash three tablespoons of pomegranate seeds in a cocktail shaker. After which, he adds 25 milliliters of Cointreau or orange liquor, cranberry juice, and pomegranate juice. He then adds 50 milliliters of Vodka. He also adds a handful of ice to the shaker and mixes the drink together.

He rimmed the cocktail glass with sugar and poured the drink into it. For the garnish, he adds a sprig of rosemary, one mint leaf, and a raspberry on a toothpick. The video ends with him, his wife, and his two helpers, John Krasinski and Emily Blunt, enjoying the festive drink.

As mentioned, this is not the first time Tucci took to Instagram to share his version of classic drinks. A few months back, he also uploaded a video tutorial taking on The Old Fashioned. The post has garnered over 360,000 views from the time it was first uploaded. In the video, he explains that the drink is simple and requires Bourbon, Angostura bitters, sugar water, a twist of lemon, and a twist of orange. 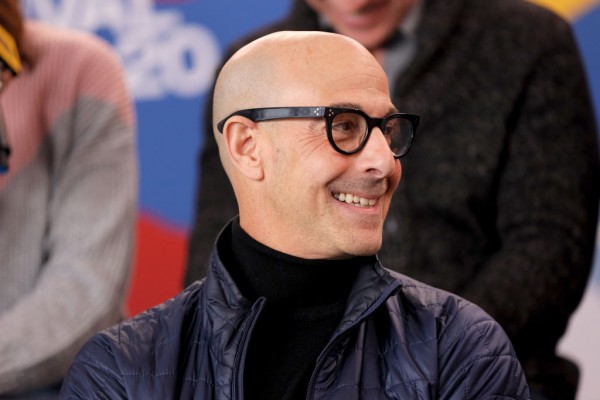 His video tutorial became an instant hit on social media and was even praised by top New York mixologists. According to Liquid Lab NYC's Gregory Lucas and Parker Boase, Tucci nailed it!

Aside from making cocktail tutorials, Tucci also shared that his time in quarantine is used to prepare meals for a full household. According to DailyMail, he is accompanied by his wife, their two sons while in quarantine. Additionally, they also have his three older children from his late wife and a girlfriend of theirs from university, who could not go home overseas.

He adds that cramming all these people creates an interesting dynamic. Furthermore, he admits that he struggles to find and prepare enough food for his considerable brood. Nevertheless, the internet is going crazy over his recipe tutorials, and he continues to create posts that consistently go viral.