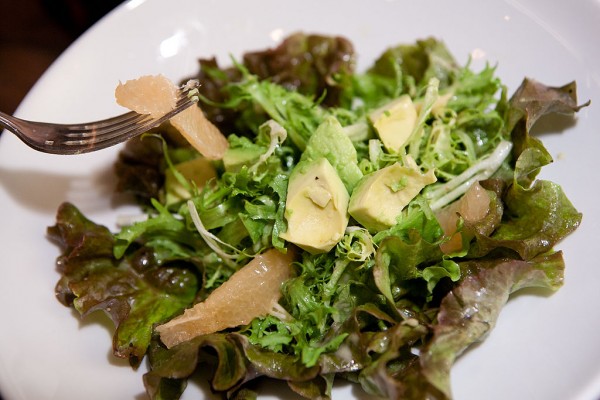 (Photo : Brendan Hoffman)
A salad of grapefruit and avocado with pickled ginger and ginger vinaigrette, the second course at Elizabeth's Gone Raw during the weekly five course prix fixe raw dinner on May 20, 2011 in Washington, DC.

If you're a vegan or diving into the lifestyle, chances are you will be missing some of the foods most people love to enjoy, just like ranch dressing because it is not vegan friendly.

But not anymore. A new vegan, dairy-free version of the Hidden Valley Vegan Ranch dressing will soon be available on groceries for vegans to enjoy.

Delish says this is another response of a mainstream brand to the growing population of people diving into a plant-based, flexitarian lifestyle.

According to Healthline, vegans are individuals who avoid all animal and animal-derived products. That only means that vegans have a strict restriction on animal-based foods like ranch dressing, which has buttermilk or milk from an animal.

MSN notes that ranch dressing is known for its creamy texture and buttermilk in its original formula. Vegan ranch dressing recipes are available online, but it takes a lot of work to do it, especially if you are always on the go.

Now, with Hidden Valley's response to this lifestyle, more and more people are getting intrigued about trying it, MSN shares.

The Thrillist shares that the brand Hidden Valley has developed or concocted over 70 different varieties or flavors of their fan-favorite dressing, such as the original ranch, cucumber ranch, bacon ranch, and avocado ranch. They even include a pizza and Taco flavored ranch.

As their new addition to their line, the "Hidden Valley Plant Powered Ranch" enters to cater to the people who are in plant-based and flexitarian lifestyles. According to Delish, the new variety of the ranch will include all gluten-free, dairy-free, and nut-free ingredients while maintaining their creamy and zesty taste.

Read also: Know Where To Eat Healthier With The Best Vegan Restaurants In The U.S.

MSN highlights that the bottle of Hidden Valley vegan ranch dressing can be in your grocery bags for $3.49 and is soon to hit the shelves of grocery stores by April 2021.

Delish also mentions that Hidden Valley is not the only brand to cater to the vegan community, but also Oreo announces its gluten-free version is in the works. 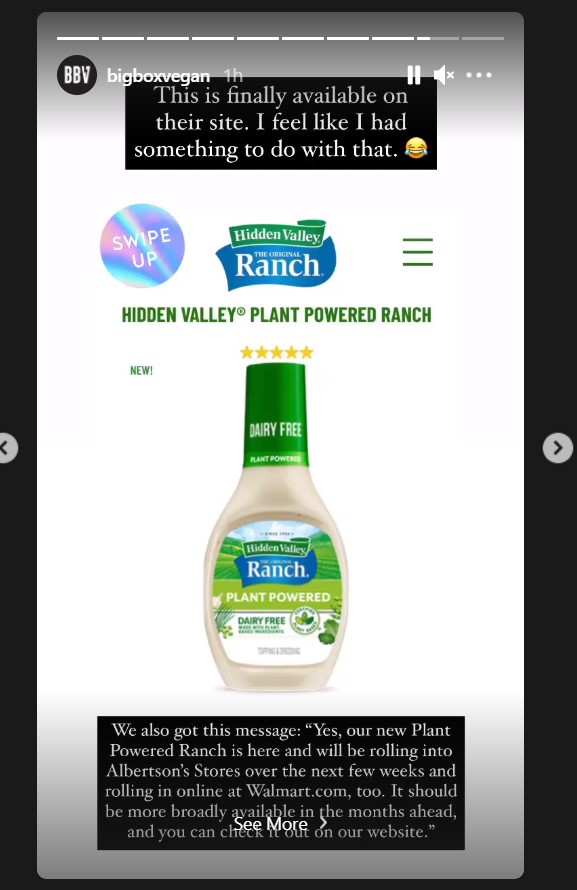 Although a Hidden Valley's spokesperson told MSN that the brand new product release's scheduled date is by April 2021, The Beet mentions an Instagram account named @BigBoxVegan that shows vegan products across the nation. It included a photo of the new product, which excites the vegan community.

In its Instagram story, Big Box Vegan also mentions that they received a message confirming that the product will be available in some stores over the next few weeks and will be broadly available in months ahead.