Side Effects of Eating Canned Tuna Every Day: What Does it Do to Your Body?

In the middle of quarantine and pandemics, where food shortages are rampant among grocery stores, surviving with canned foods, like canned tuna, is one of the inventions we need to thank.

According to Britannica, canning is a method of preserving food by storing food in a sealed container then sterilized by heat. They add that this was invented by Nicolas Appert in France during 1809.

One of the canned goods you might be getting every time you go on a trip to your grocery store is tuna, but did you know that eating canned tuna every day have side effects?

Is it safe to eat tuna every day? 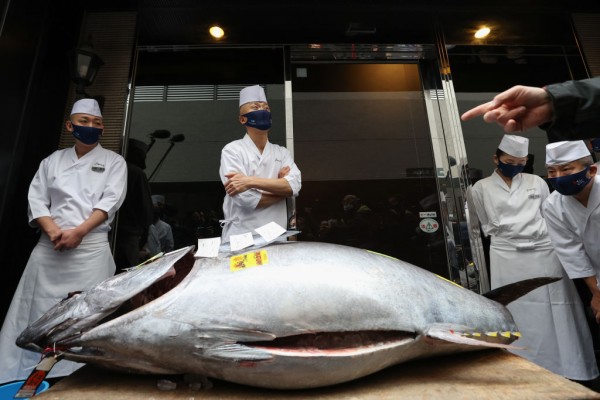 Whether it is quarantine or in a diet, canned tunas maybe your favorite variant of canned goods since it has lower calories and is rich in vitamins and minerals that are good for the body, it is not beyond why eating too much has effects; may it be bad or good. This also applies to eating tuna, whether it is canned or not.

Read also: Tuna In Oil vs Tuna In Water: Which Is Healthier?

To cut to the chase, eating canned tuna or tuna alone may not be ideal for your body. In an interview with Men's Health, a researcher from the Environmental and Occupational Health Sciences Institute, Michael Gochfield, MD, Ph.D. notes that tuna can cause mercury poisoning that can cause adverse manifestations, tingling sensations, and loss of balance.

Medical News Today notes that in addition to the mercury as odorless and invisible to the naked eye, the chemical can act as a neurotoxin and interfere with the brain and nervous system, especially to children, as their brains absorb nutrients. With mercury being present, it can impair their development.

However, Eat This Not That notes that canned tunas have less mercury content than the fish's raw meat. They add that when the label says light tuna, it has less mercury than the albacore tuna.

Time mentions the FDA's remarks about the canned tuna, which says it is safe for canned tuna to be eaten once a week; this is because mercury can build up in the bloodstream over time.

But don't worry because apart from the hazard it brings, it has also offered benefits that the body can enjoy. 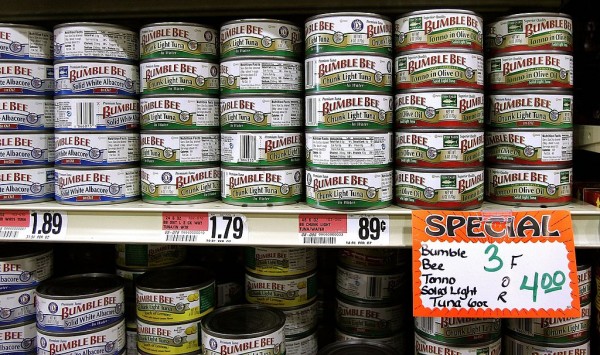 (Photo : Tim Boyle)
Cans of tuna fish are displayed in a grocery store January 27, 2006 in Des Plaines, Illinois. New data released by the Food and Drug Administration this week shows that 6 percent of canned light tuna samples contained high levels of mercury, which can cause learning disabilities in children and neurological problems in adults. The study, conducted between 2001 and 2005, found high mercury levels in Chilean sea bass as well.

Eating too much canned tuna can increase your protein intake, which is needed by your body's muscled to function effectively. They add that it can also make you feel fuller, which can make you consume fewer calories.

Healthline also points out that diets high in protein are related to weight loss and reduced cravings. That is why if you want to dive into a diet, this canned good is your best friend.

Omega-3 fatty acids reinforce the brain and eye health and carry properties that can improve memory. Healthline notes that this enzyme or fatty acid is also beneficial for heart health.

Although eating canned tuna every day or tuna itself may be dangerous, remember that you don't have to cut them out of your diet because they also possess other nutritional benefits.

The only key here is to moderately eat tunas so that there will be no adverse effects in the long run.

WATCH: What Happens to your Body if you Eat Tuna for a Week from Bestie