Paltry food parcels given by the UK government received criticism as it contained limited food items. The struggle for food continues and is further aggravated by the on-going crisis due to the global pandemic. Food parcels were provided to low-income families amid the implementation of lockdown measures.

However, according to Metro UK, the food parcels received a lot of criticism and was even slammed by Manchester United star player Marcus Rashford. Rashford, who is also an active campaigner of food poverty, noted that the children deserve better.

The football star even shared a food parcel image containing four apples, a tin of beans, two cartons of juice, a jelly pouch, and two snacks. As a result, several enraged mothers also shared the contents of the food parcels they have received and said that it is not good enough. 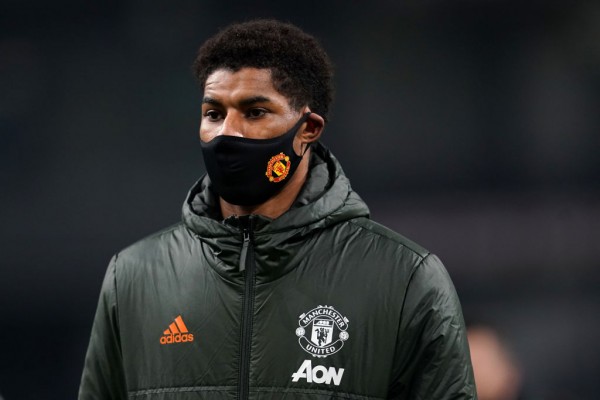 According to The Guardian, providing vouchers or cash to crisis-affected people helps more than giving food directly. Most global aid organizations agree that money gives people the autonomy to buy food and necessities as they see fit. This gives them dignity and trust in making the right call.

Read also: Are Eggs Bad for You? Here's What Happens When You Eat Eggs Daily

Food Parcels Claimed To Be Worth £3

In the light of criticism over the government's food parcels, there are also claims that several companies were cashing in by getting taxpayers' money to deliver the aid but providing paltry supplies that cost much less.

A social media post from an account under Roadside Mum's name claims that the parcel contained only £5 worth of food. It is a far cry from the £30 worth under the ­government's voucher scheme.

The package included two potatoes, eight cheese sandwiches, a tin of beans, and other household items that were due to last for 10 days.

Other parents claimed that the food parcels came with a third of an onion, tiny portions of cheese, and soup powder. This leaves them feeling that their children were treated poorly and that they don't even matter.

In response to the heated criticisms, the Department of Education said that they will look into the situation and that the food parcels are expected to follow the set guidelines and standards. Also, they mentioned that the food packs should be nutritious and contain a varied range of food.

As per the government guidelines, schools are encouraged to work with catering teams and suppliers to provide food packs to eligible pupils at home. Moreover, each parcel should contain food items that allow parents to prepare healthy lunches for their children rather than pre-prepared meals.

Meanwhile, several firms sent their apologies over the contents of these food parcels. Another firm admittedly stated that in their efforts to provide thousands of food parcels within a week at extremely short notice, the quantity has fallen short.

They also said that they would enhance the parcels and refund the cost of the packs that had not met its high standards.

Related article: Quesadillas With a Twist: This TikTok Tortilla Trend is Taking the Internet by Storm