For a mother to be able to give her child the food he or she wants is something special, but for a child with special needs getting his unique meal request is an outstanding feat. All thanks to Chick-fil-A, a special needs child was able to do just that, and her mom is beyond grateful for the fast food's show of kindness. 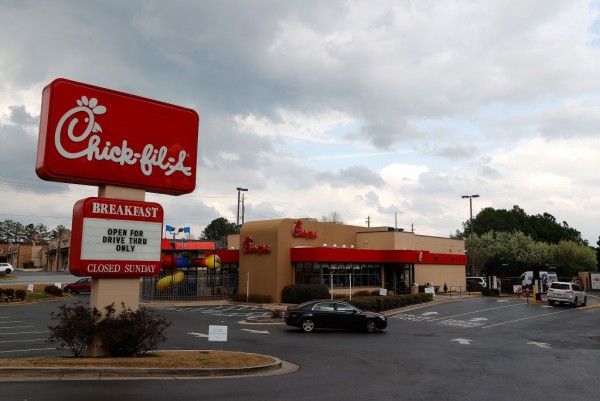 According to Autism Speaks, 1 in 54 children in the U.S. is diagnosed with an autism spectrum disorder (ASD), as reported by CDC based on their 2016 data. About 40% of people with autism are nonverbal, and 31% of children have an intelligence quotient of less than 70 with significant challenges in daily activities. Meanwhile, 25% are in the borderline range with an IQ of 71-85.

This is the reason why it can be challenging for a parent with a child diagnosed with autism to have a delightful meal. A child with autism often has eating disorders, which means they can only consume a minimal range of foods.

According to related data, about 60 to 89% of children with autism are significantly picky eaters and may have difficulty staying put during family meals.

However, that all changed when Chick-fil-A decided to grant Matthew Olivarez his special breakfast order, according to Miami Herald.

Marlee Olivarez and her 8-year old son Matthew which was diagnosed with a high functioning form of autism, decided to dine at Chick-fil-A when one of the staff noticed something odd about the child's order.

Realizing that Matthew had autism, the staff gladly fulfilled his order to a tee. Marlee recalled that her son wanted a breakfast bowl, but with the eggs, chicken, hash browns, and cheese all separated in which the kind staff of Chick-fil-A Edinburg politely granted. She explained that Matthew does not want his food touching one another because of a sensory overload brought about by his condition.

The Texas mom was beyond grateful to Chick-fil-A for their kind gesture and decided to post the encounter on her social media account. She also revealed that Hospitality Director Sam Guardiola later came up to them and inquired as to why the unique request for the order. She gladly explained her son's condition to the manager, to which he responded with gladness over being enlightened of the situation.

*Autism Awareness Post*
Today at Chick-fil-A, Matthew wanted a breakfast bowl that has everything mixed together. With... Posted by Marlee Olivarez on Tuesday, December 15, 2020

Guardiola later revealed that he is also a father of three and that there was no problem fulfilling the request. Adding to that, he mentioned that Chick-fil-A is about guest service, customer service, and striving to do the best for their guest. He also said that with Olivarez's appreciation, it encouraged his team to do an even better job.

These gestures and responses from Chick-fil-A made Olivarez all the more grateful. She said that she was moved by the employees' lack of judgment and curiosity about her special breakfast order. Her Facebook post received an overwhelming amount of attention and has been since shared by thousands of users.

Olivarez added that gaining an understanding of ASD can start with a simple Google search. This will profoundly help business owners create a better experience for customers with ASD and other disorders.

Chicken Ice Cream: Is It Mouth-Watering or Confusing?