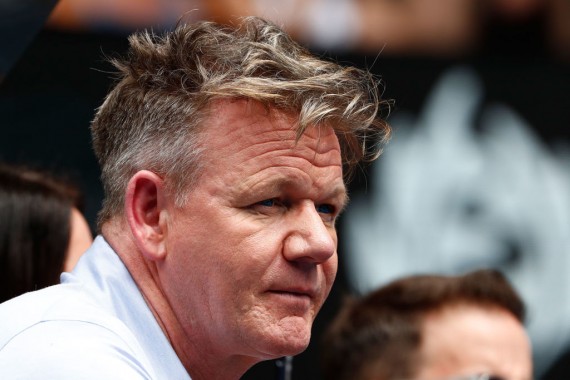 Gordon Ramsay has revealed the diet plan he used to lose massive weight. The famous celebrity chef looked noticeably fitter these days, especially compared to how big he has grown in the past years.

"I was overweight, 18 stone. I didn't have a figure. I didn't feel that good," the popular celebrity chef said in response to questions on why he went on a diet in the first place.

According to Gordon, he started eating more to lose weight. By eating more, he meant eating more small amounts of food.

"I'm very good now at eating five times a day, but small amounts as opposed to big breakfast, big lunch and big dinner," he said on The Today Show as reported by the Express UK.

He said this strategy made sure his metabolism is always boosted and that he has a steady energy supply without gaining weight. Instead, he lost a total of "3 stones 8lbs" ever since he started his diet.

Gordon further explained, "I like to keep on my toes and eat small bits. Almost like in Hong Kong - four or five times a day, small bowls of food."

Being a chef can be an actual nightmare for one's weight, considering how many times he will be confronted with nice-smelling and mouth-watering dishes.

Apart from eating more small meals, the chef said he lost weight by exercising more. One of his exercises of choice is biking, which is apparent on his social media posts.

Gordon Ramsay Wife Almost Broke Up with Him Over Weight?

He also continually posts motivational quotes to keep his fans and probably himself driven towards his weight loss goal. One of his latest posts had him saying to his fans that having a goal, no matter how small, is important.

"Just one goal a day keeps you on top form, it may be a tiny goal but it turns into a big goal by the end of the week," he wrote.

This is the first time that Gordon went into great detail on what he did to lose weight. In the past, however, he revealed that he had to lose weight because his marriage was already in trouble for how big and unhealthy he was becoming.

"Tana was not impressed with the way I was," Ramsay said in an interview with the Daily Mail UK. "I was overweight, 18 stone [over 250 pounds]. I looked like a sack of s--t. I look at the pictures and think, 'How did Tana stay around?' Because Tana has got better-looking and more gorgeous. And there she is, getting in bed with a fat f--k."

Apart from the appealing dishes on sight, a popular chef's work hours can be a figure-killer. At the time, he just won his third Michelin star, but to get that achievement, he had to work insane hours, eat crazily on random hours, and chew on whatever's on sight mindlessly.