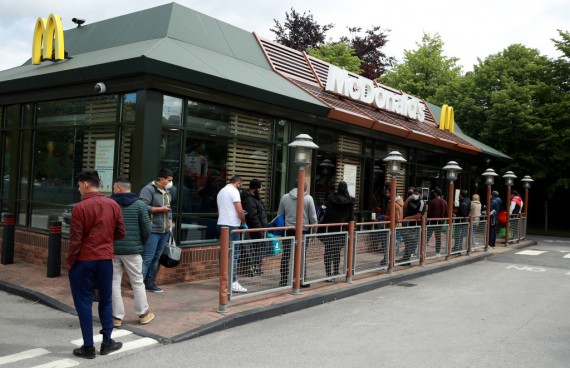 While TikTok has become an effective avenue to showcase talent and skills in various fields, it is now also used to reveal and expose secrets kept in the kitchen of the world's famous fast-food chains.

According to Reader Digest, there had been multiple TikTok videos revealing how food is prepared and handled in various fast-food chains. This includes videos from Dunkin, Panera Bread, Popeye's, Taco Bell, and many more. A recent video that is now trending in TikTok focuses on the food prep happening at McDonald's.

The alleged video, as reported by the Mirror, was uploaded by Justin Albert, a McDonald's employee. He posted a video that shows how McDonald's prepares their onions under his TikTok user account @justinalbert19.

@justinalbert19how we make onions at mcdonalds! (comment what you want to see next) ##mcdonalds ##fyp ##foryoupage  ♬ Mc/Donald's - The Inertia King

On his video, it showed that McDonald's uses dehydrated onions that come in a bag. The bag is said to make more than 300 servings. The contents were poured into containers, doused with cold water, and soaked for an hour. After soaking, they then drain it to remove all the liquid.

Albert's TikTok post garnered over 19,000 views as of writing, has been shared multiple times and received thousands of comments. TikTok fans have been openly expressing their opinion over the said video, even saying how it makes them nauseous. Others comment that they don't expect McDonald's will cut fresh onions for their burgers. Meanwhile, another McDonald's employee commented that there are two types of onions that the fast-food giant uses. The dehydrated onions shown on the TikTok video were typically used on McDoubles, Big Macs, and Cheeseburgers. On the other hand, burgers like the Quarter Pounder get a freshly sliced onion.

Aside from the onion prep video that he posted, Albert also made several other TikTok videos on how his kitchen shift went as a McDonald's employee. These include food preps for McDonald's hash brown, sausages McMuffins, pancakes, fillet-o-fish, and many more. In addition, in his most recent post, Albert also showed how his last day at McDonald's went.

Not the First Time

Read also: Is McDonald's Cheating on You With Your Upsized Drink? TikTok Video Sparks Outrage Online

Some of her claims include why McDonald's McFlurry machines are often out of service. She also mentioned that McDonald's Iced Tea is brewed in a bucket. Moreover, she warned fans about ordering caramel sundaes, claiming that they are often stored in moldy containers.

Joseph also clarified that these claims may or may not be true for all McDonald's stores, but they are based on her personal experience while working for the fast-food chain. Although McDonald's seems to remain tight-lipped over these TikTok videos, we should be all the more careful with the food we choose to consume on a daily basis.

With all these viral videos exposing how food is prepared and handled, most of us may rethink frequently dining or consuming these fast-food items. With the average household in the United States spending around $3,459 on fast-food, the care with which these fast-food chains prepare food is incredibly crucial.