Chicken Ice Cream: Is It Mouth-Watering or Confusing? 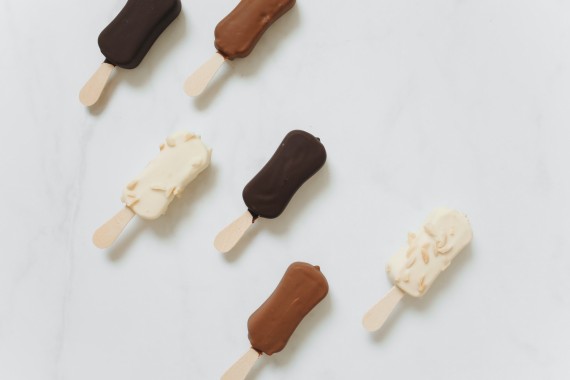 Life Raft Treats is offering a product aptly called "NOT FRIED CHICKEN® Ice Cream," and it looks weirdly divine. It's not everyday one can see ice cream looking something completely different.

Even though there are now many kinds of gimmicky offerings by brands to get the attention of Instagram-obssesed youngsters, including realistic food that resembles other food items, this one, by far, is one of the most interesting.

The brand is offering ice cream that looks exactly like a well-loved KFC chicken drumstick piece, and it's hard not to wonder how the company was able to do that. It's not as if it transforms from something as soft as ice cream to something as crispy as a fried chicken.

Although Life Raft Treats cannot be considered the pioneer of this offering, its creation is the one that quickly went viral, as reported by World of Buzz.

Even though it was originally created by award-winning pastry chef Cynthia Wong back in 2018, as reported by Retail Times, Life Raft Treat's treat went viral quickly through the power of social media.

Someone made a single post about the ice-cream, and this was shared several times over.

Not a full day has passed, but the post already garnered at least 67,000 shares and 14,000 comments as of writing. These numbers are likely to go up quickly.

The IG post of Life Raft Treats had something witty to say about the product too, which grabbed the attention of many.

According to the website, this deceiving ice cream is a waffle ice cream with a chocolate-covered cookie "bone." It also has caramelized white chocolate and is coated with crushed cornflakes to make like some really-good looking chicken skin.

People who can go between craving for something salty and then something sweet, and then vice versa are likely to be frustrated about this offering. The fact that they cannot resist the look of the chicken and yet they end up tasting ice cream is bound to make one go a bit stir-crazy.

Based on the website, those interested can buy the chicken ice cream in various quantities. A piece costs around 5 USD, while a whole bucket of six amounts to 25 USD. Party packs or buckets with 20 pieces cost 75 USD.

People should be rest assured that Life Raft Treat's offering is nowhere near like what a man did recently. A recent McDonald's customer went viral after transforming his chicken burger into ice cream and capturing the whole thing in a video, garnering crucifying comments from disgusted people.

"McDonald's will discontinue Chicken Mac forever after watching this," one person said sarcastically, as reported by News.com.au.