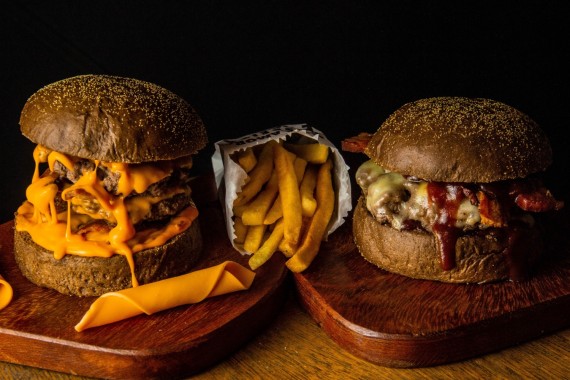 Fast food cravings are known to everyone, even among the healthiest buffs out there. There's something about fast food grease that can sometimes make a day better, even though naturally, this is not recommended. But some fast food restaurants certainly stepped up and offered new menu items that are greasy but healthy.

Sometimes, people eat fast food not because they cannot resist all those chicken cooked in different fried ways, but because it is simply fast. This can be unhealthy, but three new fast food menu items showed that a little grease isn't bad and can actually be healthy.

These fast food menu items that dropped this February are worth trying, even if it is just for a cheat day or a cheat week.

This is certainly a must-try since Detroit-style pizzas are all in the rage right now. One reason it's worth a trip to Pizza Hut is that this version of its pizza is considered relatively healthy. Pizzas are known to be greasy and good at the same time, but if you are worried about it being such a diet-buster, then this Detroit-style pizza is worth checking out.

It goes well with a side salad or some raw veggie stick, which can make you feel better about yourself after having a slice or four.

Read also: Chicken Ice Cream: Is It Mouth-Watering or Confusing?

It's grilled, it's spicy, and it's deluxe - what's not to love? Chick-Fil-A's newest offering is a chicken sandwich with a massive twist. As there is a new chicken sandwich war raging on between the newcomer McDonald's and the so-called veterans - Popeyes, KFC, Wendy's, and more, Chick-Fil-A decides that it will join the game on its own terms.

Chick-Fil-A has dropped a healthier version of the chicken sandwich by going grilled. The Grilled Spicy Chicken Deluxe Sandwich comes loaded with toppings on a multi-grain brioche bun and tastes as heavenly as its fried sister. The fact that it is spicy adds a certain irresistible tang to it.

Panda Express will always be known as the house of orange chicken because that sweet and sour dish is truly delectable, but it has decided to offer something new for those who want a healthier version. Those who scrutinize the food they eat would know that the orange chicken dish may be delicious, but it is also packed with sodium and sugar. To satisfy their needs for a healthier but still as delectable dish, Panda Express has dropped the Firecracker Chicken Breast.

"This is a great, low-calorie and high-protein option from Panda Express. It is still relatively high in sodium but would be a great option if balanced out with their Super Greens side," one registered dietitian, Hannah Cooper, commended.