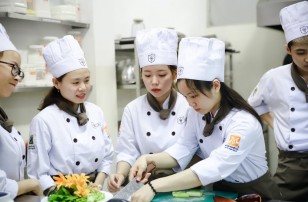 Anyone who wants to work in a kitchen may spend time weighing the pros and cons of attending culinary school. While it is possible to work your way up through the ranks of a kitchen, becoming a chef after putting in years of hard work, it is not always the best way to do so.