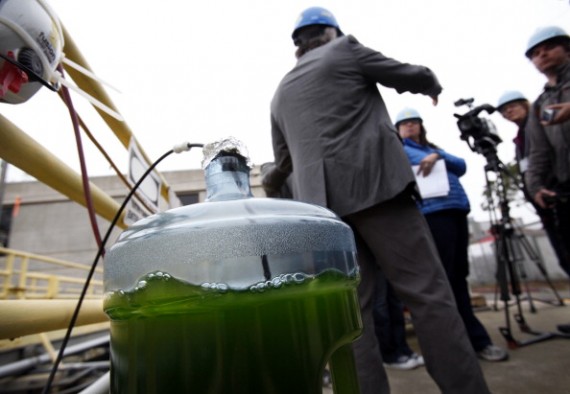 Citing from the Handbook of Marine Microalgae Biotechnology Advance, Spirulina is a wonderful future food source. Being highly regarded as the next superfood - Spirulina has a complete list of proteins, vitamins, essential minerals and omega-3. The Aztecs, who lived in lake Chad, were said to consume Spirulina to meet their nutrition needs. It helped them surviving the famine.

Supporting good health, Spirulina consumption can result in the excellent immune system. It is also a powerful antioxidant against free radicals due to its active phycocyanin - a property found in blueberries. A research study on Spirulina supplementation found that the compound lowered down the subjects' blood glucose levels who received 2 grams of Spirulina per day for two months.

Spirulina is an ancient form of life. Wealthy of essential vitamins, the edible bacteria is also low fat. The organism uses water, light, and minerals to produce its health-boosting properties like proteins and minerals. This means the urban setting is also an ideal place to grow the superfood.

For the last decades, the blue-green algae have been commercially produced in outdoor farming but not until a recent breakthrough discover an innovative way to grow the algae. Energaia is a Bangkok small-business who works with technicians and microbiologists to conceptualize this microalgae production and sales. Surprisingly, the urban farm takes place in Bangkok Novotel's upstair.

According to company founder, Saumil Shah, he came up with the plan after discovering that spirulina feeds on carbon dioxide to grow. This means, it becomes more convenient to reach out for healthy source - that's also closer to health-conscious urban dwellers. With hundred tons of Spirulina sold in the U.S., it is hoped that microalgae will be a niche food like quinoa or chia seeds.

Koreatown: Your Guide to Cooking Korean Dish in America