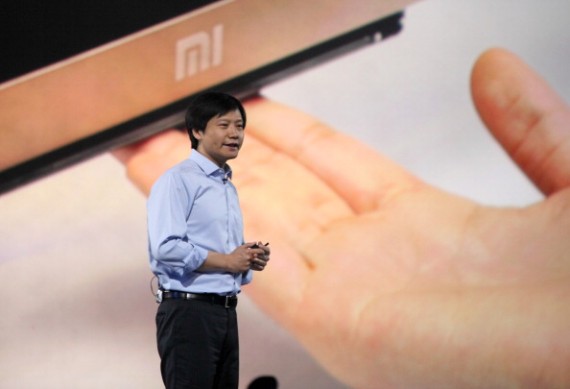 BEIJING, CHINA - MAY 15: (CHINA OUT) Xiaomi CEO Lei Jun speaks during a product launch on May 15, 2014 in Beijing, China. Privately owned Chinese electronics company Xiaomi has lauched its first tablet and low-price 4K TV on Thursday. The newly launched 'Mi Pad' is looking to shake up the tablet market to rival Apple's iPad mini with a new low-price slate set.
(Photo : ChinaFotoPress/ChinaFotoPress via Getty Images)

Chinese smartphone maker, Xiaomi, introduced its new product that's not a telecommunication device but a hi-tech rice cooker. After a successful sale of more than 5 billion RMB in the previous year, the brand is confident to expand its network - launching another premium household product in the market.

Mi Ecosystem is Xiaomi's brand division that has a separate business line from the smartphone- manufacturing household products such as TVs and air purifiers. Mi's rice cooker is an approach to combine technology with a handful product in the kitchen. For tech savvy Moms, the sleek minimalist design and a much lower price (than the highly regarded Japanese products with similar specs), could mean a value-added feature.

Albeit taking the Japanese approach in crafting its household products, Xiaomi's rice cooker is 4 times cheaper than Japanese rice cookers. It is tagged with a price of 999 yuan or around $153.

The cooker uses pressure control and Teflon coated the iron bowl with induction heating system and is connected to Xiaomi phone's app, Mi Home. Users can scan barcodes to achieve different types of the cooking method along with an ideal temperature and the cooker will automatically adjust it. According to The Verge, the device database has a collection of 200 different rice brands. The product itself would level up Asian's households as rice is an essential staple food in the region.

Although the innovation is hoped to bring the art of cooking rice to the West, there is still no international plan being scheduled so far. However, the company's vice president, Liu De, sees a big trend ahead in high-tech home products. Liu said that today's era is about 'smartphone controlling our things'. Aiming to double its sales this year, the smartphone-controlled rice cooker is just one of the many tools that Xiaomi plans to 'connect to the internet'.