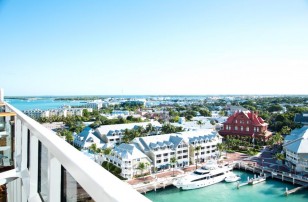 The Best Hotels in Boston

Boston is the classic American city, filled with heritage, culture and of course lots of history. The cobblestone streets on Beacon Hill, views from the waterfront, and the beautiful brownstones, make it the perfect place to visit for a stylish weekend in the city.

As the drinks industry continues to debate what the new ruling-which struck down interstate shipping restrictions for wine retailers last week-I sat down with a retailer who is thrilled with how the decision went.

Why The Adventurous Foodie Is Game For Anything Except A Burger In Beijing: Andrew Zimmern, Unpacked

Andrew Zimmern doesn't like to stay in one place for very long. As the force behind the Travel Channel's Bizarre Foods franchise for 13 years, the four-time James Beard award-winning TV personality became famous for embarking on far-flung culinary adventures that took him to more than 170 countries.

How To Easily Reduce Food Waste This Fourth Of July

Americans waste hundreds of billions of dollars worth of food annually, throwing away scraps or other perfectly enjoyable edible goods that may not commonly be interpreted as ingredients. But if you're tossing your orange peels in the garbage disposal and cutting off the leaves of your veggies without a second glance, you too are throwing away money and flavor that's already in your kitchen.

Meet The Bourbon Distiller Who Refuses To Brand His Bourbon 'Bourbon'

Instead of following his father's footsteps at the family business, DisplayCraft, the young Auburn graduate tracked a new trend in the American beverage space-craft distilling. He desired to start a distillery in his hometown of Chattanooga, Tennessee. It made sense.

A reputation, once established, can be a tough thing to shake and takes hard work and-most importantly-time to change. The Panama City Beach I first visited three years ago and have gotten to know through repeat visits has never felt like the raucous Spring Break destination it used to be, though the memories of that time are kept alive by those that knew it back then and (for the most part) haven't returned since their college days.

Portugal's tourism industry is on fire. The Iberian country hugging the Atlantic Coast has become one of the hottest travel destinations for 2019