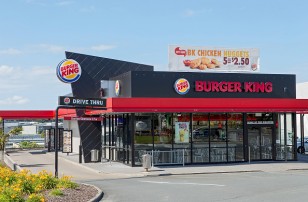 A whooper prank was pulled off by a prank caller who convinced employees of a Burger King Minneapolis outlet to break the restaurant's glass windows, else the place explodes.

Alaska's fishing output is expected to be lower this year.

A Starbucks customer was shocked when his coffee came with an unusual note saying, "DIABETES HERE I COME."

Capri Sun, the refreshingly tasty yet classy fruit drink is now back in a new format, with organic ingredients.

Koreatown: Your Guide to Cooking Korean Dish in America

Chef Deuki Hong from the NYC's Kang Ho Dong Baekjeong restaurant feels the need to record his cooking journey inspired by his motherland.

Wal-Mart has recently launched the ‘Fight Hunger. Spark Change’ campaign throughout their stores in Northwest North Carolina, including Elkin and Mount Airy, which is a nationwide initiative calling the public to take action in the fight against hunger.