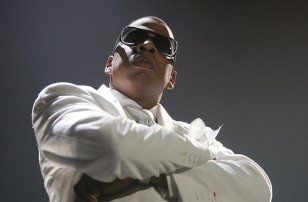 The New York City Council has already stepped a foot down and passed two bills that would limit employers' ability to just discharge their employees.

COVID-19 just might be the reset that people needed, particularly in Hong Kong.

The Maillard reaction explains why the bread turns darker and its taste turns more intricate when toasted. It also explains why it smells better (for some!) and the texture differs.

The contaminated chicken meat avoided scrutiny because they were turned into cheap frozen nuggets as well as other breaded chicken products.

A closer look at actual studies done on cheese however concluded that cheese's polarizing reputation is actually not as straight-cut. It's not even bad, after all!

Celebrity chef Gordon Ramsay said he did not have a figure at one point.

5 Most Unhealthy Foods to Eat When a Sugar Craving Strikes

Be informed of the unhealthiest foods you may choose when a sugar craving strikes.

Avoid these habits to prevent that wine hangovers.

And the chicken-sandwich wars go on. Who wins this 2021?

Krispy Kreme has launched a "Mars doughnut" in celebration of NASA's robot perseverance landing on the Red Planet's atmosphere on Feb. 18.

Uber Eats is a new hero stepping in to help independent restaurants in the U.S. amid the pandemic.