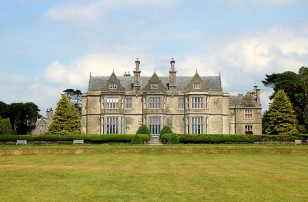 To Look Out For 5 Animal-Product-Free Food Startups

There is no denying that the plant-based and animal-product-free food sector is rapidly growing. Every day, there is news of a well-known chain releasing a plant-based alternative to their traditionally meaty offers, or a big food conglomerate investing in plant-based options, or a new exciting company that is producing some sort of meat, dairy, or poultry alternative.

While many chefs credit their mothers as the inspiration for pursuing a culinary career, for others it was their fathers that took charge of the home kitchen and taught them invaluable lessons that continue to influence their cooking styles and approach to hospitality. In honor of Father's Day weekend, I asked chefs from across the U.S. to share their favorite cooking lessons they learned from their dads.

CRISPR technology continues to make international headlines for its potential as a gene-editing tool, but it has other world-changing applications. Scientists at Folium Science are using it to trick the harmful bacteria in the guts of chickens and hogs into destroying themselves. When fully commercialized, Folium Science's new technology could eliminate or reduce the need for antibiotic use in the raising of farm animals.

What Does Generation Z Want To Eat? The Food World's Next Big Question

The dining and shopping habits of Millennials have become fairly clear. But now, the food world is looking at the young consumers behind them: Generation Z.

Around The World How KFC Scales Technologies Across 22,000 Restaurants

If you think it's tough trying to keep up with the dizzying pace of technology innovations in the restaurant space, try doing so across more than 22,000

7 Reasons Why Walnuts Must Be Included In Diet To Lose Extra Kilos: Weight Loss

Nuts are highly nutritious and are replete with countless health-benefiting properties. They are rich in healthy fats and fiber and are a powerhouse of energy. Having a handful of nuts every day can boost bodily health in a number of ways.

The Food and Drug Administration's first broad testing of food for a worrisome class of nonstick, stain-resistant industrial compounds found substantial levels in some grocery store meats and seafood and in off-the-shelf chocolate cake, according to unreleased findings FDA researchers presented at a scientific conference in Europe.

Where to Get Free Burgers and Juicy Bargains Tuesday: National Hamburger Day Deals

To get to Nisani Farm, and the edge of a burgeoning food and health movement, requires going to the end of the road. Literally

Philadelphia restaurants and restaurateurs have been racking up the national accolades in recent years, mainly for splashy destinations, such as Zahav and Vetri.