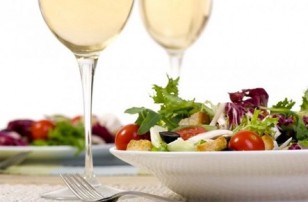 Finding the Perfect Wine for your Salad Choice

You are having a fantastic party at your house, complete with a full course meal, salad, dessert, and of course, wine. Your guests arrived on time; you started the music to create the right atmosphere. You start serving the wine, and before you know it, everybody is enjoying themselves in the party conversations between acquaintances over a delicious glass of wine.

Adding foodservice to a retail environment is hardly new. Department stores have married retail and restaurants for well over a century, and drugstores routinely had soda fountains. Brands like Ikea have become almost as well known for their meatballs as their dressers and have contemplated having freestanding versions of their restaurants.