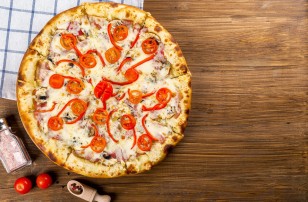 Major food companies are now smaller versions of their products sending the message that they want consumers to eat less.

Walmart ends two year partnership with Wild Oats Organic Brand. Instead, it wants its customers to buy its own Great Value store brand.

Dunkin' Donuts is taking advantage of the negative reaction among Starbucks customers unhappy with the changes in Starbucks' loyalty reward program.

Coca Cola recently announced that they will be introducing a single visual identity for all its brands. Additionally, the soft drink giant has also planned to rename Coke Zero to Coca Cola Zero Sugar to help consumers choose better.

Nestle, in a recent strategic move announced that it will switch to non GMO ingredients, natural colors, simpler ingredients and reduce the fructose content in more than 100 products.

Images of dead sharks being sold at a fish market in China angered netizens worldwide.

A recent Mintel study shows that a quarter of American no longer ordering soft drinks in restaurants compared to a year ago.

A new McDonald's concept outlet has to dining area. Instead, it offers a 'walk up" window to serve customers on foot. Food from this particular McDonald's store are all ordered to go.