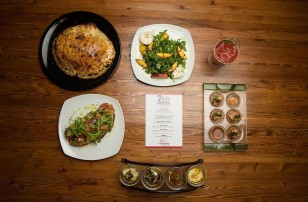 Soon-very soon-the Supreme Court is expected to hand down a decision regarding an appeal of Byrd v. Tennessee Wine and Spirits Retailers Association et al heard by the Court in January 2019. The case's challenge to a Tennessee wine regulation is unrelated to retailer wine shipping across state lines, but during the Supreme Court appeal, justices seemed bent on adding into the mix the possibility of taking on the issue whether out-of-state retailers have the same constitutional shipping rights to consumers in other states as out-of-state wineries gained in a 2005 Court decision.

If you ask where to dine in Greenville, S.C., the answer is likely to be "one of Soby's places.

How Food Allergies are Dealt by Restaurants

Millions of people suffer from severe allergic reactions every year, with popular restaurants being a notable hotbed of potential contamination when it comes to what your food is getting mixed up with.

McDonald’s is ‘one of the greatest stocks of our time’; Cramer’s lightning round

Nektar Therapeutics: "Nektar's pretty good. The problem is that group is so bad, it is a total spec on oncology and pain. Why not own Novartis.

How Restaurants Deal With Food Allergies

Millions of people suffer from severe allergic reactions every year, with popular restaurants being a notable hotbed of potential contamination when it comes to what your food is getting mixed up with. Nevertheless, millions of people enjoy dozens of restaurant outings each year without worrying about their allergies, largely because restaurants have established an impressive system to prevent contamination and champion customer wellbeing.

The perceived safety and quality of food imported from Europe into China provides commercial opportunities for European food producers, research has found.