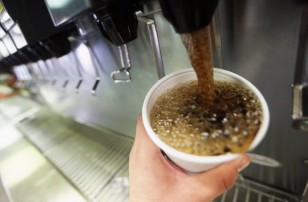 How many times in a year do you eat at fastfood chains? How many times were you lazy to cook and decide to buy some value meal or a Happy meal at a drive through? Each value meal comes with a cold drink, right? Do you ever wonder what’s in your drink? Did it ever cross your mind that your drink contains a variety of bacteria or even E.coli?

Published in a Carnegie Mellon University journal, the study argues that eating what is considered vegetarian menu choices can increase environmental impact in three metrics.

Coffee on the Go: Introducing GO CUBES, The Coffee in Gummy Form

Who says a coffee should be in a cup? Nootrobox, a company specializing in cognitive enhancing food supplements called nootropics, recently launched the latest addition to their expanding line – the coffee-flavored gummy bites called Go Cubes.

Can Cats from the Cat Island Solve the Food Waste Crisis?

Who would have thought that the world would thank an island full of felines later?

Chefs Tell Us Why Customers Boycott a Resto

A salesman will tell you why you lose out on sales, and that’s probably because you failed to gather and analyze the data on lost sales or non-repeat customers. As for the restaurant industry, it is pure common sense. You don’t need to be a chef or take a culinary arts degree to tell why customers don’t come back to your restaurant.

9 Unhealthy Food We Can Bid Farewell

Sure, we have cravings of the worst food there is. The good thing is, you can satisfy your craving by eating a little of these or the best resolution is to bid farewell to the worst and unhealthy food at once!

Gluten-Free Is No Longer Boring: Gourmet Quality Options are Here

In the early stages of the gluten-free movement, the main problem was the limited availability of gluten-free options available in the market. In addition, the rare gluten-free products offered in those days almost usually lack in the taste department, as it seems that food manufacturers at that time focused mainly on making their products free of gluten that its palatability took a distant second. Fortunately, for people who wish to try the gluten free diet today, options abound with some even rivaling, if not surpassing, the taste of their regular counterparts.

Americans Kept in the Dark by the DARK Act

Citizens across the US have always pushed for the right information about the food that they eat.

Putting an End to Bad Coffee

Have you ever fallen prey of sipping bad coffee?

Operating in 291-unit quick-service burger chains based in California, with most units in the West and Southwest U.S, the famous all-American In-N-Out Burger is working with its suppliers to achieve a human antibiotic free beef used in the chain’s burgers.

Why You Should Not Throw Away Shrimp Shells

Shrimp shells can now be used as part of food packaging film.

How Natural are the Foods Labeled "Natural?"

"That word pulls you in and makes you feel like for some reason that's a better food," the San Diego resident told NBC News.

GMO crops are perhaps one of the most controverial food sources today, and with all the information around, it can be difficult to find out which food crops have a GMO version. Here is a quick list of the 5 most common GMO food crops grown around the world.

Eat More, Lose More: How to Get Slim Tastefully!

Dieting doesn't have to be plain and boring. In fact, these tasty meals are essential ingredients that add flavor to your meals.