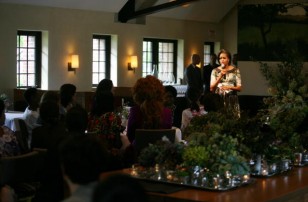 Combining technology and convenience - Tovala Smart Oven is the newest electronic appliance you'll want to put in your kitchen.

"Eat with it and then eat it" is the tag line of the edible spoon and fork produced in India. According to Bakeys, 120 billion plastic cutleries are discarded in India alone every year. That's why their founder, Narayana Peesapaty, decided to created edible utensils.

Bubble tea was first invented in Taiwan in the '80s and is recently starting to make a comeback.

Climate reportedly has a notable effect on wine, shaping the character of the wine through the grapes.

If you have ever walked past the unremarkable brick frontage at 80 Broadway close to the MIT campus, it is very unlikely that you will even have a hint of the massive activities underway in the basement. In fact, the basement of the building houses a busy laboratory packed with bioengineers, nutritionists, students, and farmers engrossed in testing major ideas related to the future of food.

It seems some vegetables are almost immune to clingy viruses that a simple rinse or two would be sufficient to remove them. This characteristic makes them less likely to be contaminated, a fact that could be used in the fight against foodborne illnesses.

Mass Adoption Of Veganism May Save 8 Million Lives By 2050, Study Says

Some celebrities have been spreading the gospel of vegetarianism for some time. Now, they have scientific evidence on their side.

A new study suggests that the results recorded and displayed by the fitness devices may not be as truthful, compared to manual calorie counting and other methods.

Should We Stop Buying Frozen Food?

In A study conducted by Emma Boyland, The American Council of Science and Health said about 43 percent of the respondents in their study said, they can never be persuaded to buy frozen food again. With more modern technology aiming to further prolong the shelf life of fruits and vegetables, more people are asking, are frozen foods good for you?