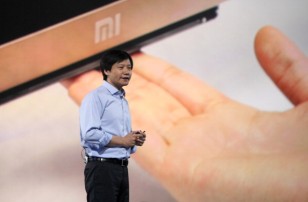 Xiaomi's new device is apparently, not a smartphone

In a world where everything is "smart" it is not surprising that even the wine industry will get a taste of the advancement of technology. Introducing the "smart wine dispenser" equipped with touchscreen and wifi.

Most of us have tasted the unappetizing mid-flight meals and there is no doubt that they have a very poor reputation. While you may be wondering why the food had an entirely different flavor when served at an altitude of 35,000 feet, the fact is that there are a number of scientific principles that affect both one's sense of taste as well as the food.

There is a new technological achievement that enables people to find contaminated food on their shelves, and this takes the form of a laser.

In this age, technology comes in all shapes and sizes. Gadgets are designed to make life easier. At the same time, these gadgets are created in compact and concise dimensions. Just like the new water testing kit that is made in the form of a typical smart phone cover.

Combining technology and convenience - Tovala Smart Oven is the newest electronic appliance you'll want to put in your kitchen.

"Eat with it and then eat it" is the tag line of the edible spoon and fork produced in India. According to Bakeys, 120 billion plastic cutleries are discarded in India alone every year. That's why their founder, Narayana Peesapaty, decided to created edible utensils.

Bubble tea was first invented in Taiwan in the '80s and is recently starting to make a comeback.

Climate reportedly has a notable effect on wine, shaping the character of the wine through the grapes.