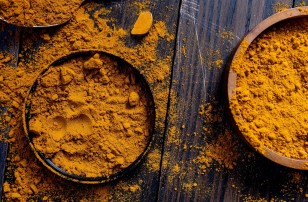 The study showed that the the highly bioavailable compound was even better at reducing inflammation.

According to a report from The Wall Street Journal, there is a demand for ketchup packet manufacturing companies to increase their capacity by at least 25 percent higher.

The two researchers behind the study found molecules from the probiotics in kefir (a drink in Israel that is equivalent to yogurt), have the capacity to reduce the contagion level of the agent that can lead to cholera.

Just one sip and nostalgia is likely to hit. This Pebbles-inspired beer has an 8% ABV. Its release comes after Pebbles ice creams and whey protein are announced to be released later this year.

Famous wholesale retailer Costco is now testing a vegan mac and cheese at 30 of its locations across California and Hawaii.

An Ohio-based Jeni's Splendid Ice Cream's new flavor dedicated to Dolly Parton quickly caused the firm's website to crash due to the traffic it triggered.

Game of Thrones Beer? Why not? What better way to celebrate the show's 10th anniversary than launching GOT-inspired line of beer!

Nestlet's plant-based Milo changes up the milk found in the original recipe with the healthier alternatives of almond and soy, but the other two main ingredients of malt and cocoa are maintained

Researchers found that a pigment in red cabbage can be the perfect artificial food coloring "Brilliant Blue FCF" or "E133."

As with all the burgers of Shake Shack, these two new menu items are only made up of the highest quality ingredients.

Trupo Treats is a new vegan chocolate company that is about to launch vegan versions of your favorite childhood treats!

The Biden administration has announced that about 25 million people would get a boost in their food stamp benefits beginning this month under a new policy.