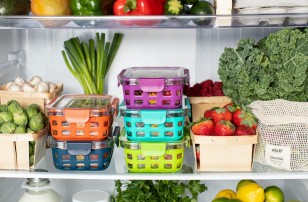 Jamie Oliver has already announced his next cookbook.

According to a survey done by Mashed on what makes the greatest hotdog toppings of choice by ordinary consumers, cheese is the most preferred

The study, conducted by a New York City-based company, involved a trial of a toothpaste that has peanut protein among a small group of adults to determine whether it can treat food allergies.

All The Latest Starbucks News

Starbucks regular? Find all the the latest news from the iconic coffee giant.

Dolly Parton stands for everything fun and nice. Her strawberry ice cream is a proof.

Healthy Ramadan Recipes You Can Make For Suhoor and Iftar

Fasting during Ramadan can be challenging. Here are some Ramadan recipes for Suhoor and Iftar to keep you going.

Pizza delivery may never be the same again as Domino's Pizza partnered with robotics company Nuro for a completely new method of delivery.

Chantel Giacalone is awarded $29.5 million for MedicWest's poor handling of an allergy attack.

Since Jose Cuervo's Strawberry Margarita is ready to drink, adding some ice is more than enough.

The study showed that the the highly bioavailable compound was even better at reducing inflammation.

According to a report from The Wall Street Journal, there is a demand for ketchup packet manufacturing companies to increase their capacity by at least 25 percent higher.

The two researchers behind the study found molecules from the probiotics in kefir (a drink in Israel that is equivalent to yogurt), have the capacity to reduce the contagion level of the agent that can lead to cholera.

Just one sip and nostalgia is likely to hit. This Pebbles-inspired beer has an 8% ABV. Its release comes after Pebbles ice creams and whey protein are announced to be released later this year.

Famous wholesale retailer Costco is now testing a vegan mac and cheese at 30 of its locations across California and Hawaii.