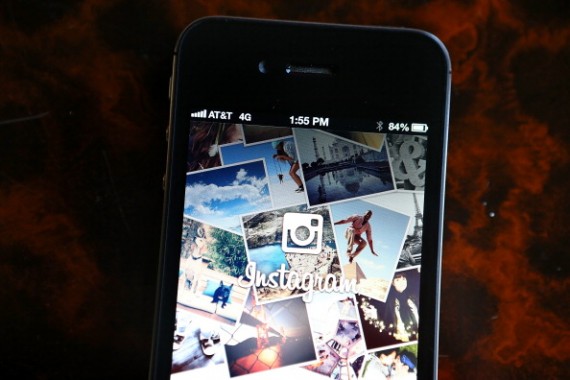 FAIRFAX, CA - DECEMBER 18: The Instagram logo is displayed on an Apple iPhone on December 18, 2012 in Fairfax, California. Users of the popular photo-sharing app Instagram are angered over language in Instagram's new terms of service that states that a business may use any of the users photographs in advertising without compensation to the user. The policy is set to go into effect on January 16, 2013.
(Photo : Justin Sullivan/Getty Images)

London mum, Sue Moseley, was blocked by Instagram after giving daughter Jenny a credit to her homemade cake. Moseley would have a great Easter blast if only the social media titan didn't cut her off from the platform.

"Jenny's fabulous Easter Simnel cake - delicious", Moseley captioned the picture proudly. Apparently, Instagram automatic censorship detected breast shape of the cake and mistakenly perceived it as an explicit content. The Hackney resident posted a picture of Simnel cake - a traditional treat topped with marzipan balls symbolizing Jesus and the disciples. Proud of her daughter's skill, Moseley showed off the creation to her followers.

After awhile, Moseley reportedly unable to log into her account but thought nothing about breaching the rules until she received an error notification informing that Instagram has deactivated her account because the content is 'sexually suggestive or contains nudity'. She eventually realized that she has lost her Instagram account. Her concern was that all of the family-related posts were nowhere to be found.

Feeling disappointed by Instagram, Moseley daughter, Fiona, tweeted her rage and planned to ask Instagram to give back mum's profile. She even put a campaign to hashtag #FreeTheSimnel and #Boobgate.

Talking to MailOnline, Fiona expressed how sorry she was for her mum, recalling how mum's really devastated after losing all of her family, holiday and food photos. She assumed that Instagram software probably just flags any content that looks like a naked body. However, Fiona questioned the double standards on the many celebs photos that should not be considered as acceptable, was in fact, violating the rules. Instead, the cake post that's nothing closer to nudity, was said to breach Instagram community guidelines.

Mission accomplished. Thanks to the followers, now Moseley's Instagram is back and Fiona posted the happy news on her Twitter.