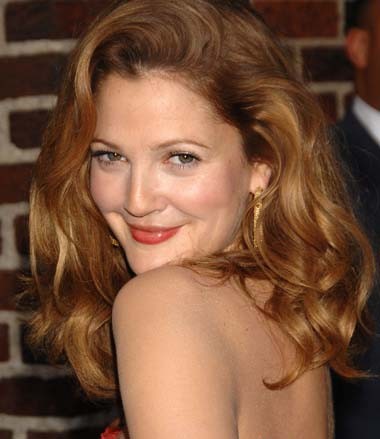 Drew Barrymore arrives at the Late Show With David Letterman to promote her new movie Lucky You in New York city, NY, USA on May 2, 2007. Photo by Bill Davila/Startraks/ABACAPRESS.COM
(Photo : le shimmy snip)

Award-winning actress Drew Barrymore promoted her rose wine at the Pebble Beach Food & Wine event in Carmel, days after untying the knot she made with Will Kopelman.

Wearing casual ivory-white outfit, Barrymore explained to Popsugar about how she's involved from the beginning of the wine process. Admitting to spend more on food delivery than cooking for herself in her own kitchen, the 41-year-old Charlie's Angel often pair her dish with choices of wine. "Usually Chinese food delivery at night or Mexican," she tells PopSugar about the type of food she usually orders.

Pinot Grigio highlights the bright and crisp wine that's fresh and dynamic just like Barrymore herself. Describing her wine during the festival, she mentions the citrusy and creamy taste of her wine is light enough to be enjoyed - which she admitted as her preferred type of wine. Along with her team and famous winery, Carmel Road, Barrymore released her first label, Pinot Grigio, and Pinot Noir, assisted with winemaker Kris Kato to bring the actress' lively personality with the wines.

Being in the movie industry for decades, Barrymore has made her way on red carpets, traveled the world and discovered new places - leaving memories to be shared with her family. It's obvious that she has sipped various types of wines that eventually contribute to her own kind of wine preference. And given her long life-experience, it is obvious where she obtains her inspiration from.

The wine tasting festival left a 'happy impression' of Barrymore even after announcing the divorce in a statement exclusively made for People magazine. It almost looked like as if she's not affected by her issue. Barrymore and Kopelman who had been married for 3 years decided to split but still raise their children, Olive, and Frankie, together. Describing her daughters as 'our universe' to the magazine, Barrymore promised that her family is still a priority.