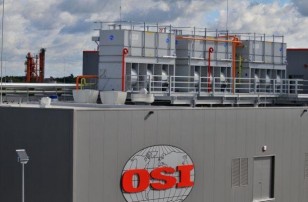 As a busy professional, you're likely busier than the average person. You have several meetings daily, and loads of assignments to complete. And you're probably doing other things along the way, which means you have very little time to spare. That's why a few things keep slipping through the cracks. Things such as buying supplies at the farmer's market. Or shopping for groceries.

A reputation, once established, can be a tough thing to shake and takes hard work and-most importantly-time to change. The Panama City Beach I first visited three years ago and have gotten to know through repeat visits has never felt like the raucous Spring Break destination it used to be, though the memories of that time are kept alive by those that knew it back then and (for the most part) haven't returned since their college days.

Portugal's tourism industry is on fire. The Iberian country hugging the Atlantic Coast has become one of the hottest travel destinations for 2019

While many chefs credit their mothers as the inspiration for pursuing a culinary career, for others it was their fathers that took charge of the home kitchen and taught them invaluable lessons that continue to influence their cooking styles and approach to hospitality. In honor of Father's Day weekend, I asked chefs from across the U.S. to share their favorite cooking lessons they learned from their dads.

3-D printed food could change how we eat

3-D printed food could change how we eat